Growing up in Minnesota and having a cabin up North meant seeing the Northern Lights was a common occurrence. Even living in the Minneapolis burbs, you’d catch a glimpse here and there. 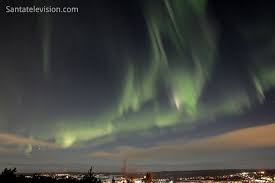 When I was in high school, we took a Peterson family road trip through Canadia to Banff and Lake Louise and the northern lights were so bright at night, that my dad turned the car lights off (briefly, cuz it was cool) and we could still see the road. Very cool.

It’s been a while since I’ve taken them in but I’m hoping to see some this week in Lapland with the Bigg guy. If not, that’s ok. But it’ll be a bonus if we do. (One more, just because…)