Going down as perhaps the worlds most widely known annoying song, it seems appropriate today. See, as expansive as our current world is with the whole interwebz and all, it’s actually quite small. We are now able to keep in touch with those we otherwise wouldn’t (or shouldn’t;) Heh. We are able to briefly meet people and then become closer “friends” with them through the Facebook and blogs and such. That’s kinda fun.

We can keep current on competitions and our favorite competitors; we learn in almost real time about training injuries (boooo:( and can keep ourselves busy for days watching idiotic training videos (yeah!!!:) We can read from various folks on topics such as diet; programming; dogs; Iceland; Blueberries; Pugs; and general training just to name a few things I check each day. Many of us write about the benefits of strength. Many on my FB feed anyway. Many of us write about food issues, or how to avoid them. Many write on miracle foods or supplements that has folks scrambling to the nearest GNC for their very own special jar of $75 worth of crap. Not so much any more I guess for the Dr. Oz fans. That’s awesome.

It’s also awesome when you write something that seems to hit a connection with people. My post on the “Toned Ban” seemed to do that. According to the WP, I got an up arrow that day (SO happy WP gives me up arrow hugs.) I guess it was on point enough to be repeated. Only not by me. Huh. See, the problem with being so well connected to each other is that we can see when blogs start to repeat themselves. It’s too small a world.

Now, I will be the first to admit that from a strength/diet writing view, there is very little new stuff out here. Most of us are speaking on what we’ve observed, lived, or proven. There’s no surprise that we all sound similar. True story. But when you go toe to toe, point to point and don’t even bother to change up the wording a bit, well then you’ve got my attention. At the heart of it? It’s unnecessary. I’m a mid-aged mom and strength coach in little ‘Tosa who uses a blog to mostly vent and put up pictures of our food and our dogs. That’s SO worth $19 bucks a year YO! I don’t take this thing very seriously. A few people who mean something to me do and have decided not to be friends with me anymore after various blog posts. That blows my mind. It’s a blog. It’s usually full of the F word and lamenting that folks don’t want to be strong or eat right. But as I’ve said before I own my words so if you decide not to like me anymore, well, buh bye. Take care. Really. Take care.

But I am usually happy with what I write. Happy enough that when someone with a much larger audience and name in the fitness/strength world wants to cut and paste the words that took at least 2 cups of coffee’s worth of time to write, well, you go for it. Cuz a few folks will recognize where they’ve seen that before and say, “Hey Jules, didn’t you write on this a week or so ago?” And I can say Yup.  And move on. But we, the two of us who pay our blog fee’s, know what’s what and big fish get’s to live with that. True story. 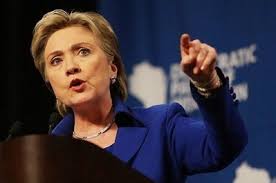 As I said up there, the WWW. gives us the ability to view training, advice, fail video’s and all sorts of nonsense. It also gives those internet warriors a voice to let others know how a geared squat isn’t as cool as a raw squat. We can fight about whether knee wraps are ‘raw.’ We can post on CF Fail compilations on how one of the shots wasn’t at a CF gym. We can shout from the mountain tops (errr, I mean mom’s computer) that those squats were high. We can post our own video’s and reason off a knee bounce in a “press” or just pretend we don’t see that our squats are loose and shitty and we just can’t understand why we’re not making progress. Mostly…we can point fingers.

That’s the fun stuff. YOU suck and I’M so awesome! Oh wait, I’m not awesome? Well YOU TAKE DRUGS AND I’M CLEAN! So that’s why you’re not as strong as the strongest? Uhhhhh, okay. Ya, sure. I am so completely bored with this little argument I can’t even stand it. Once you utter those words, by voice or by keyboard, you’ve just become a whiny bitch. True story. Whether or not people choose to take a little testosterone or a lot, shut up. We don’t care. Slather a little T-cream each morning? BOOM. You’re a user. You think that doesn’t count so you’re okay calling out other people? You’re wrong. Think ‘well I only took ‘X’ for a certain period of time, not my whole competing life so I can sit on a throne of lies’ get’s you a free pass? Nope. You took. In my opinion, the steroids finger pointing on the internet, especially directed at big strong groups of athletes is hypocrisy akin to the religious. Know why T-Clinics do so well? Cuz people like to feel better. Duh. Do I point fingers? Yes, I point every male I work with to get there levels checked and then force their doctors to prescribe something other than some stupid cream so that they can begin feeling better, dealing with life better (there are TOO many men with TOO much estrogen!), become mentally more strong, and just overall being better. I’ll point them that way every day of the week and the quicker doctor’s help them do that, the more respect I’d give the medical profession. Instead, they’ve bought into this idea that a T-count over 300 is SCARY and could induce ROID-RAGE. Oooooooo.

Anyways. What was I talking about? Oh ya, pointing fingers. Hey, ya know why the guys you see on the video pulling over 800 for reps are pulling over 800 for reps? Cuz they’ve worked for years to do it. They worked hard. They sacrificed a lot for those reps. Not because they take drugs or not JUST because they take drugs. There is no 600# bench pill. Doesn’t exist. Really. I looked. I tried to buy my husband a 220kg Loglift pill last year for his birthday to take before the World Loglift Championships and I couldn’t find one. Really. So he had to work hard and train for a top 5 finish. Shit! I tried! I even tried Amazon and really, if Amazon doesn’t carry it, it just doesn’t exist. Duh.

But hey, if it makes you feel better to call out someone on the interwebz who is demonstrating strength beyond your capability (or desire to work for it if you ARE capable) then go ahead. But you’re boring. And whiny. And are clearly in need of that T-clinic. True story.

There are three things in the world that deserve no mercy: hypocrisy, fraud, and tyranny.

For training opportunities at tosabarbell, call or text Juli at 320-296-9313. e-mail to jep6095@gmail.com At tosabarbell, I build relationships cultivated in a strength and learning environment. There is no 12 week magic pill program to strength but rather a lifetime commitment to be the very best and most useful human you can be. tosabarbell is a private, home grown gym with three lifting platforms; squat rack; prowlers; throwing implements; bars, bumpers and everything else needed for an effective strength and conditioning program. Straightforward barbell programming including the Olympic lifts; sound (read: not fancy bullshit) diet advance for weight gain or loss; and strong coaching will ensure you will meet your goals such as becoming stronger, more explosive, and better conditioned. I have been coaching teams and athletes for over 30 years. I grew up participating in various sports at various levels but was always drawn to those that require strength training. I have multiple local, national, and world records in the sports of Weightlifting and Highland Games Heavy Events as well as a combined total of 5 World Championships. My 5 years of training and coaching under Mark Rippetoe provided a wide range of influence from some of the top strength & conditioning and throwing coaches in the country. I will strongly encourage tosabarbell athletes to compete (and prepare you to do so.) However, tosabarbell is also for those who wish to be stronger and go through life feeling better. Matt WanAt is a retired Professional Strongman who competed frequently with Strongman Champions League in Europe. He played a year of D1 football with Iowa before concentrating on his Chemical Engineering degree in Iowa City. He is a native of Wauwatosa and still remains a staunch supporter of Tosa East. This blog will be a mixture of strength notes, coaching and nutrition tips, personal shit; bacon delicacies, and a whole lot of fun.
View all posts by tosabarbell →
This entry was posted in Uncategorized and tagged Fitness Blogs, Plagiarism, Steroids, Testosterone. Bookmark the permalink.