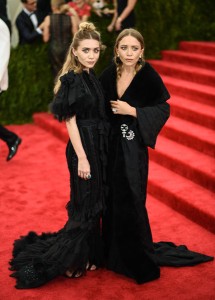 If money can buy this, I’ll be happy with not having too much of it thankuverymuch.

But I still enjoyed the show. It was silly and those little Olsen twins were adorbs. So imagine my surprise when I saw the above picture of the two. Oh well, I thought, we all age. I mean, I guess they were closer to my age than I had thought but I’m pretty bad at keeping track of that stuff. Until I see what their actual age is:

Yup. Twenty Nine. What in the everlivin’ hellz are you doing to yourself to look like this at 29? How bad do you hate yourself to destroy your skin; hair; and body to this extent? I’m still gobsmacked (Tabitha of Tabitha Takes Over always uses that word, I love it.)

Ummmmm, here’s other girls I know in that age group: 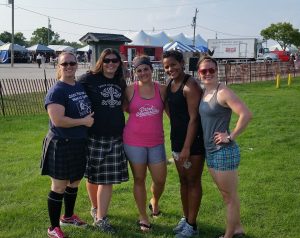 Um ya, I’m not clear on Sara’s age but there ya go. She comes back after baby number three and kicks butt from the word ‘GO.’

Kinda takes the phrase, “Hooray for Hollywood” and flushes it down the toilet.

Add, oh I dunno, twenty more years (and then some) and you have girls like this:

We can only age as we age. Some do it better than others. A lot of that is not in our control. Have you seen a recent picture of Christie Brinkley? Ya, she’s still gorgeous. For those of us who do NOT have those genes, it’s up to us. Eat. Train. Be at Peace with yourself. Drink wine (it’s PROVEN!)

But by gods, I’ll do everything I can to avoid looking like these 29 year old’s.

Aging can be fun if you lay back and enjoy it.

For training opportunities at tosabarbell, call or text Juli at 320-296-9313. jep6095@gmail.com tosabarbell is a private, home grown gym with three lifting platforms; squat rack; prowlers; throwing implements; bars, bumpers and everything else needed for an effective strength and conditioning program. Straightforward barbell programming including the Olympic lifts; sound (read: not fancy bullshit) diet advance for weight gain or loss; and strong coaching will ensure you will meet your goals such as becoming stronger, more explosive, and better conditioned. Juli has been coaching teams and athletes for over 20 years. She grew up participating in various sports at various levels but was always drawn to those that require strength training. She is a 2-time Master's Amercian Weightlifting Champion and holds six Master's American records. She is a Master's Weightlifting National Champion and holds three National records. She is a Master's Weightlifting World Championships Silver Medalist in 2016. Juli is also a Masters Highland Games World Champion and holds three World Records in the Braemar Stone; Heavy Weight for Distance, and Light Weight for Distance in the 45-49 class. Her 5 years of training and coaching under Mark Rippetoe has honed her coaching skills to be a top choice for you to reach your strength and conditioning goals. Juli will strongly encourage tosabarbell athletes to compete (and prepare you to do so.) However; tosabarbell is also for those who just wish to be stronger and go through life feeling better. Matt WanAt is a retired Professional Strongman who competed frequently with Strongman Champions League in Europe. He played a year of D1 football with Iowa before concentrating on his Chemical Engineering degree in Iowa City. He is a native of Wauwatosa and still remains a staunch supporter of Tosa East. This blog will be a mixture of strength notes, coaching and nutrition tips, personal shit; bacon delicacies, and a whole lot of fun.
View all posts by tosabarbell →
This entry was posted in Uncategorized and tagged Aging, Clint Eastwood, Fuck Hollywood, Full House, Highland Games Women, Olsen Twins. Bookmark the permalink.