80 to 20 and Everything In Between 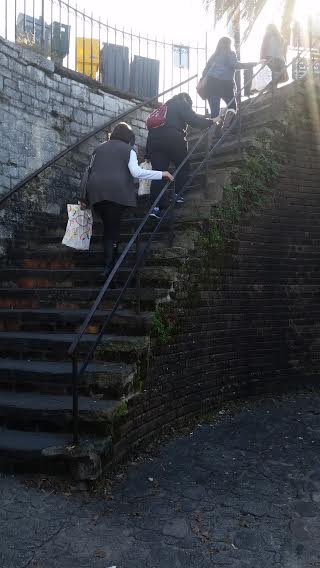 As some of you may know, I competed at the Masters American Weightlifting Championships last weekend in Savannah, Georgia. We flew out Wednesday morning in order to hit town and attend the technical meeting on Wednesday night.

Now, I realize that many weren’t at the meeting and perhaps it’s silly to go in early for it; however; this was my first National level weightlifting meet and I wanted to make sure I knew what was going on from the get go.

Walking into the Cohen-Anderson Weightlifting Center was like stepping back in time. This was a true training hall. Olympians train here (actually, Olympian’s run it.) The old York plates,

give a feeling of the history of the lifters in this gym. At one point, after Howard Cohen was going through some introductions and we were waiting for the final schedule, I looked at Matt and said, “I don’t know if I’m prepared to lift here.” This was special. These people are special and hold a solid place in the history of Weightlifting. Blame the Hawaiian in me, when I attend such things, I want to bring honor to them.

Nonetheless, I was there and I was there to lift my best on that day. As it turns out, our session WAS moved up so I was very happy I was there to have a handle on that. After the meeting, we headed out for some great southern cooking at Sweet Potatoes and back to the hotel for some rest.

Thursday was a day we had half planned and decided to wing the other half. I really wanted to watch the first session of women lift and lucky for me, Matt was game so he came with me where the concession stand ladies (Howard Cohen’s wife among them) took it as their personal mission to ensure that he had enough food. Heh. 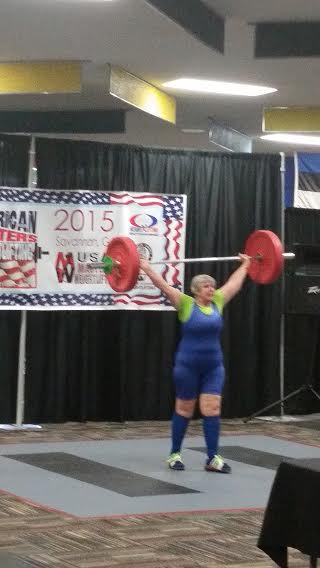 Have you ever seen an 80 year old woman Snatch and Clean&Jerk? No? I have! All of the women brought such great energy and tenacity to each lift, I have rarely been so inspired in all my life. I was able to talk briefly to a few of the lifters and I hope to never forget these conversations. One lifter, whom we spoke to back at the hotel, is a little over a year out from a double knee replacement and though her lifts aren’t where she wants them to be, she put a huge smile on her face and said, But at least I can lift! Just typing that gave me chicken skin. When you find people who are so thankful for lifting, you’ve found role models.

Another lifter, Jane Black, out of Coffee’s gym showed such energy and spirit in her lifts. Her congratulations to me the next day and the fist bumps from she and her lifter meant the world to me. Class, personified. I adored these women.

When we were done at the meet, we headed downtown for lunch and found the Pirate’s House. A fried green tomato BLT was my splurge up until that point and let me tell you, as good as it was, I felt as if I’d just ate about 12 pounds of food. I’m pretty sure the earth shook with each step. I was about two degrees south of outright misery. We walked along the River and enjoyed the sunny day and after a while I just wanted to go lay down.

Now, early last spring in the throwing season, I did the same thing in Hawaii. I enjoyed enough beach time, relaxing patio time, and Mai Tai’s that by the time I was walking up to the throwing field I thought to myself, uh-oh; I am in no way prepared for a physical outing here. I was too relaxed. Too bogged down by drinks and sun I was in no way ready to throw out in the heat all day.

That is exactly how I felt walking towards the ancient stairs to head back up to the car. Bogged down. Slow. Heavy. As we started up the stairs, I stopped; looked up, and headed right back down. Matt turned around and asked if everything was okay. I say,”Yup, but I’m going to run those stairs.” And I did. Seven times. The stairs were hidden enough that I could do this without being a glaring attention whore and yet get this necessary work in.

And it worked. In fact, I had told myself I was going to do five rounds. But after number 5 I still felt heavy, so I went to 8 in my mind. After 7 I got to the top, looked at Matt and said, “I’m good.” At some point when I was still flying around Matt said, ‘when people ask me how my wife kicks ass I’ll just tell them because when we’re on vacation and she doesn’t feel ready for competition, she runs stairs.’ I thought that was sweet.

Now I was ready. I felt much better. I made sure those twenty steps (not very many really) were springy and explosive and I wouldn’t quit until the last one. A little later we headed back to Sweet Potatoes Kitchen for pre-meet dinner. The dinners were exactly what was needed. Meat and Potatoes that weren’t heavy.

Now I was ready.

I had a decent meet, I hit my conservative openers and that was the goal. I’m now qualified to register for some high level Master’s meets in 2016 and that’s why we went.

And now it’s time to get to work. I feel very fortunate that I have Mike Westerling’s help with programming of the lifts and throwing. I’m already training smarter, even in a deload week. Thanks to my friend, Paulie, out in Brooklyn who hooked me up with the Renaissance Periodization diet I can begin to get rid of the extra 30 pounds I’m carrying.

I’m not nearly as tired as I was a week ago and I’m feeling far more optimistic about this off-season than I have been the last month. I have some pretty lofty goals for 2016 but I feel confident that with the help I’m getting; hard work, and a few lucky bounces that these goals are realistic.

For training opportunities at tosabarbell, call or text Juli at 320-296-9313. jep6095@gmail.com tosabarbell is a private, home grown gym with three lifting platforms; squat rack; prowlers; throwing implements; bars, bumpers and everything else needed for an effective strength and conditioning program. Straightforward barbell programming including the Olympic lifts; sound (read: not fancy bullshit) diet advance for weight gain or loss; and strong coaching will ensure you will meet your goals such as becoming stronger, more explosive, and better conditioned. Juli has been coaching teams and athletes for over 20 years. She grew up participating in various sports at various levels but was always drawn to those that require strength training. She is a 2-time Master's Amercian Weightlifting Champion and holds six Master's American records. She is a Master's Weightlifting National Champion and holds three National records. She is a Master's Weightlifting World Championships Silver Medalist in 2016. Juli is also a Masters Highland Games World Champion and holds three World Records in the Braemar Stone; Heavy Weight for Distance, and Light Weight for Distance in the 45-49 class. Her 5 years of training and coaching under Mark Rippetoe has honed her coaching skills to be a top choice for you to reach your strength and conditioning goals. Juli will strongly encourage tosabarbell athletes to compete (and prepare you to do so.) However; tosabarbell is also for those who just wish to be stronger and go through life feeling better. Matt WanAt is a retired Professional Strongman who competed frequently with Strongman Champions League in Europe. He played a year of D1 football with Iowa before concentrating on his Chemical Engineering degree in Iowa City. He is a native of Wauwatosa and still remains a staunch supporter of Tosa East. This blog will be a mixture of strength notes, coaching and nutrition tips, personal shit; bacon delicacies, and a whole lot of fun.
View all posts by tosabarbell →
This entry was posted in Uncategorized and tagged Cohen-Anderson Weightlifting Center, Master's Weightlifting, Masters American Weightlifting Championships, Pirates House savannah, Savannah, Sweet Potatoes Savannah. Bookmark the permalink.

2 Responses to 80 to 20 and Everything In Between