There used to be a restaurant near my stomping grounds that opened up when I was in my early 20’s. It was called Kixx on the River and was on the banks of the Mississippi in Brooklyn Park. We’d club a bit over there at times but mostly I’d have business lunches there.

At the time, I was a purchasing assistant for a mail order company. Admittedly, it was not the greatest environment for me to start out my professional career. There was a lot of drinking; unprofessionalism; nepotism (which created a crazy atmosphere); bosses cheating on their wives with other assistants; and taking kickbacks for putting different items in the catalog each month. That doesn’t even touch the nightly happy hours or liquid lunches. Uck. I was burnt out by the time I was 23 and ready for a change. Which happened when I got fired from the next catalog company I was a purchasing agent for when I refused to agree to work with a crappy refurb computer company who bought my boss a new boat. Memo to me: the boss is always right. Even when he’s a crook. So noted.

Anyways. Back to Kixx. The first time I went there, the purchasing/marketing departments were celebrating (pre-maturely) a merge with a major competitor. The owners took us over to Kixx for lunch, told us to order whatever we wanted and that getting back to the office that day wasn’t an expectation. Giddyup. Drinks were flowing and ordering any food I wanted was a pretty good deal for this starving little assistant. (Actually, I wasn’t little or starving but when someone else was buying, I ate up.) True story.

As I was contemplating my order, imagine my surprise when the Buyer next to me ordered a Peanut Butter and Jelly sammich. W!T!F! A sammich??? When the bosses are buying? 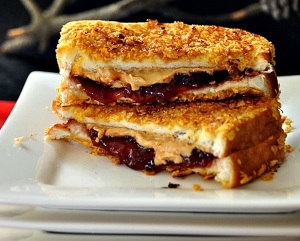 I mean, a PB&J is good and all, but geez. I tried to find out A) why all the buyers were ordering PB&J while laughing hysterically and 2. why the owners were mock flipping their shit. And then I saw the price…$99.00. 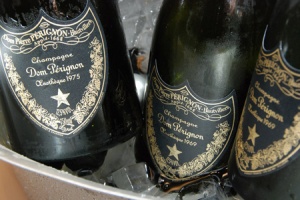 …each PB&J came with it’s own bottle of Dom Perignon. Um, that’s an option? Fok the steak, I want my own bottle of Dom! (I ordered the steak and a beer. I was an assistant, we didn’t order $99 lunches that included Dom Perignon.) It was my first experience with over the top spending. I liked it. Hence…not a great place to begin my career.

I remembered this last night as I was thinking about gyms that are all fake Dom and no PB&J. Shiny equipment that cost thousands of dollars with televisions and mirrors all over the place cuz gawds forbid that you miss your soap and not be able to check your hair as you ellipt. 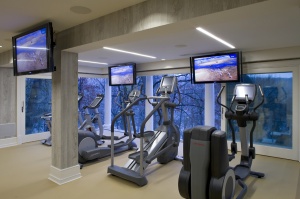 I’m pretty sure that the total cost of the gear in the above picture is worth more than my little black iron gym. The televisions alone probably are but it may be close. The elliptical machines put it way over the top. It’s their version of the Dom, I’d call it Lambrusco. Unnecessary; useless; but seemingly adds enough flash to the basics to make the general public overpay for membership. And what does it come with? Well, certified trainers of course. All hip to the latest trends and gimmicks. Here to protect you from muscular imbalances; prepare you for battle with muscle confusion, and can make you a smoothie afterwards. (Okay, honestly I’d kinda like it if someone made me a protein smoothie after I trained. The whole scoop in a shaker and shaking it up myself is pretty low rent.)

Compare that to this… 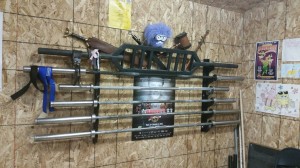 But we usually have warm Gatorade for you if you train here.

…I mean COME ON! Name me ONE Anytime Fitness that has Minions and a War Hammer? Or a poster signed by Big Z and the rest of the Champions League crew. Or a picture of SpongeBob SquarePants colored by your 20 year old daughter. Or barbells. And bumpers. And Iron. And platforms. Etc.

The most useful gyms are peanut butter and jelly. Where’s the Dom? Here: 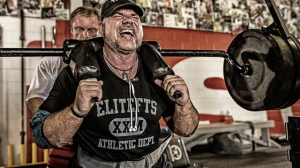 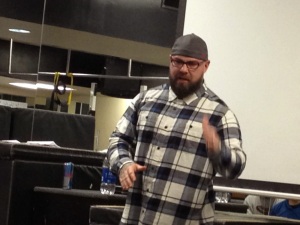 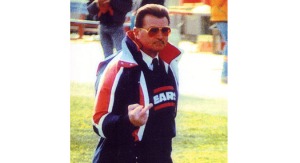 Okay, a birdie waving Ditka doesn’t have anything to do with it. But it’s Ditka. Flippin’ the bird. How can that not hurt a Monday?

The point is, the Dom is the coaching. You can get Lambrusco, that was good back in 9th grade.  But now you’re a grown up, get the Dom. It may be more expensive. It should be. You’ll get stronger/leaner/bigger/faster/more athletic/cooler quicker and more efficiently by working with them. Pay for the Dom…in the peanut butter and jelly setting.

And you’ll be fine. Fill yourself up with all the other garbage being offered and you’ll understand why Americans are fatter and weaker than ever. True story.

Here’s what I tell anybody and here’s what I believe. The greatest gift we have is the gift of life. We understand that. That comes from our Creator. We’re given a body. Now you may not like it, but you can maximize that body the best it can be maximized.

For training opportunities at tosabarbell, call or text Juli at 320-296-9313. jep6095@gmail.com tosabarbell is a private, home grown gym with three lifting platforms; squat rack; prowlers; throwing implements; bars, bumpers and everything else needed for an effective strength and conditioning program. Straightforward barbell programming including the Olympic lifts; sound (read: not fancy bullshit) diet advance for weight gain or loss; and strong coaching will ensure you will meet your goals such as becoming stronger, more explosive, and better conditioned. Juli has been coaching teams and athletes for over 20 years. She grew up participating in various sports at various levels but was always drawn to those that require strength training. She is a 2-time Master's Amercian Weightlifting Champion and holds six Master's American records. She is a Master's Weightlifting National Champion and holds three National records. She is a Master's Weightlifting World Championships Silver Medalist in 2016. Juli is also a Masters Highland Games World Champion and holds three World Records in the Braemar Stone; Heavy Weight for Distance, and Light Weight for Distance in the 45-49 class. Her 5 years of training and coaching under Mark Rippetoe has honed her coaching skills to be a top choice for you to reach your strength and conditioning goals. Juli will strongly encourage tosabarbell athletes to compete (and prepare you to do so.) However; tosabarbell is also for those who just wish to be stronger and go through life feeling better. Matt WanAt is a retired Professional Strongman who competed frequently with Strongman Champions League in Europe. He played a year of D1 football with Iowa before concentrating on his Chemical Engineering degree in Iowa City. He is a native of Wauwatosa and still remains a staunch supporter of Tosa East. This blog will be a mixture of strength notes, coaching and nutrition tips, personal shit; bacon delicacies, and a whole lot of fun.
View all posts by tosabarbell →
This entry was posted in Uncategorized and tagged black iron gym, Black Iron Training, Ditka, Dom Perignon, Peanut Butter & Jelly, tosabarbell. Bookmark the permalink.