Ghosts of Christmas Past

Yesterday we were running the last of our errands and the song ‘Creep’ by Radiohead came on the radio. Whenever I hear Radiohead, I think of my beautiful, French friend, Veronique. It was one of her favorite bands and I can’t make it through the song without shedding a few tears. She’s been gone for almost two years now and the world shines a little less brighter without her in it.

It got me thinking about so many people who are no longer with us but for the memories we have of them. Good times; touch times; funny times; sad times, so many things shared with our friends and family and wouldn’t it be nice if we could have just one more night with each of them? A quick visit where we get one more laugh, one more hug, maybe even an unsaid apology. Just one night, one visit from those we miss.

And then I started to think that as much as I may miss dear friends who no longer walk among us, THEIR children most likely miss them so much more. Veronique’s two sons; my “3rd Mom” Paula’s adult children Molly and Joe, as much as I miss her I can’t imagine their thoughts on another Christmas Day without her in the kitchen cooking for not only them, but the grandchildren she never got to meet.

I wish THEY could hear their mom’s voices just one more time (I actually have an old answering machine with a message from Paula when she was sick but before she got too bad, 11 weeks from diagnosis to death wasn’t nearly enough time to process it all.) I wish I could hear my Grandpa say “Merry Christmas Mommy” to my Grandma and see her sweet smile.

I’m sure all of us can list those we miss. There are so many people weighing on my heart today, Michele in Hutchinson who has to celebrate her first Christmas without her son, Reno and know that the anniversary of his death is just days away; our Highland Games brother Bill in Illinois who has to attend his son’s funeral on Sunday; Veronique’s boys; my lovely friend Jenn whom I know misses HER mom so much, so many more.

So as we sit and chill and maybe even do it in separate rooms (currently the Z’s are in the backroom watching some raunchy comedian; Oz is upstairs in his room playing his new video games, and Matt is outside smoking a cigar while keep a close eye on our beautiful nearly eight pound Prime Rib roast that currently is residing in the Big Green Egg for the next few hours) I’m so incredibly thankful for the fact that all my children are in the house on Christmas for the first time in years. Of course Zandra was the last one downstairs before we could dig into our stockings and when she groggily came and sat on my lap (at 11:00 am) her twin, Zac, came and put his arm around her and her simple greeting of, “Brother” brought more tears to my eyes. I’m so thankful.

But just one more visit from some ghosts of Christmas pasts would be so nice, for so many of us. 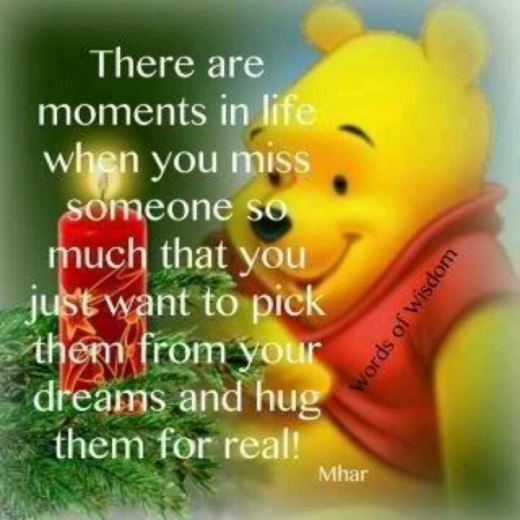 1 Response to Ghosts of Christmas Past