Today, I Just Want To Sit and Cry

Posted on September 8, 2016 by tosabarbell

In general, I’m pretty stoic. I was told that when I was around ten or eleven. It took me another 10 years until I finally looked it up. But ya, stoic. I guess you could attempt to discipline 3 year old Juli and she gave no fucks. So, blame her for today’s attitude.

Anyway. I don’t cry much. Women who use tears for manipulation don’t last long around me. Men? Forget it. Reasons men can cry: their dog died; their child died; their wife died; their parent died. In that order. I don’t want a man who’s fucking sensitive. My god, the pussification of men in America is epic (and not in a good way.) Using tears to get your way or detour a fight is so cowardly that I. Can’t. Even.

But I’m not a robot. I cry. Usually on my own but it happens. It happens every December 7. That is the day my biological mother was born and I have pictures of her. So beautiful and young. And on December 31st (or it may legally be January 1st, 1971) she died. I was four and had already been adopted by the Peterson’s who whisked me away to the Great White North of Carlton, Minnesota where I assumed snow was their method of wanting to kill me. Now I love it. Shrug.

But on December 7 each year I grieve for the mother I never knew. Who didn’t get a chance to “make it.” Who never got to see that her kids “made it.” Whom I never got a chance to tell, “it’s okay. You did the best you could. I’m okay. I did good.” That makes me sad. So I cry. Wine is usually involved. Sue me.

My husband has seen me cry less than five times. I actually remember only two but I’ll assume there were a couple more and round it off to five. So in conclusion, I don’t cry much.

But every year for the last 15, I want to just sit and cry around this time of year. Cuz: 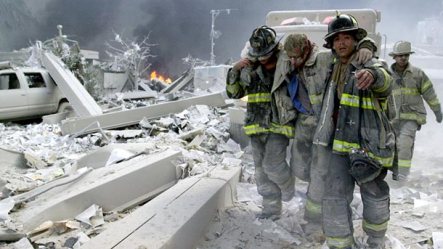 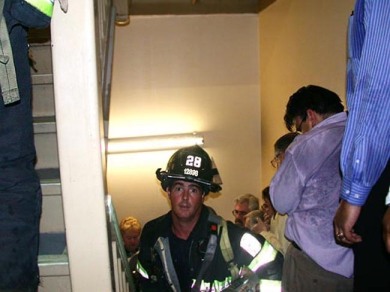 I remember that day. Crystal clear. It was a gorgeous, fall day. We had just had a garage sale the weekend before. The kids were off to school and the Ozman and I were hanging out. I watched the “Today” show back then. Mostly to see what moronic, inane shit they would say (still do occasionally) when suddenly the first Trade Tower explosion came on live tv. And then the 2nd. I sat there watching saying, “what the fuck.” Seriously. What the fuck was going on???

I packed up Oz into his car seat and ran out to my folks to return some tables I’d borrowed for the garage sale and my dad was “scrambling” to get to a meeting. (Pastor John scrambles, at least, he did. He never went anywhere without saying, “I’m in a scramble, gotta go” to ensure that you knew how busy he was. It drove me nuts.) Just as I was pulling into their driveway, WCCO reported that a plane had crashed into the Pentagon in Washington DC. For me, that was the moment where I realized that something very serious was happening in America. We were under attack. This is so fucking bad.

So when I walked into Mom and Dad’s house and asked my dad if he’s been paying attention to the news today, and he said, “I guess, leave the tables in the garage and get going. I’m in a scramble and need to get to Dassel” I kind of shut down. That was it. Our country was under attack and instead of sitting down and giving comfort, you need to get to a meeting. Bye Felicia.

So I went home. Hugged my son. Watched for updates and cried. Bad day America. Bad day. I went for coffee with a friend and we cried. Then I went and had lunch with the Z’s at school. It was pizza day. Their friends were bemoaning how awful the pizza was. Seriously, it hit me that when these kids hate the horrible school lunches they actually go around 8 hours without eating anything. Zandra’s little friend Kelby  gave me, in detail, the bullet points of how school pizza sucks. It was a nice distraction. 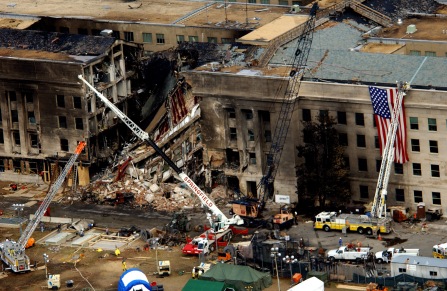 They won’t understand how absolutely heroic a group of people were on a plane flying over Pennsylvania ensured that only their lives were lost by fighting terrorists 10,000 feet up in the air. See, our kids think Bruce Jenner is heroic. Who’s fucked up in that scenario?

We remember how suddenly Americans were one. I remember how neighbors were nicer to each other (I don’t know if our fucknutt neighbor, Francis, was nicer to his neighbors at the time. I assume not but who knows.) I remember the one question on everyone’s mind,

WHAT CAN I DO? 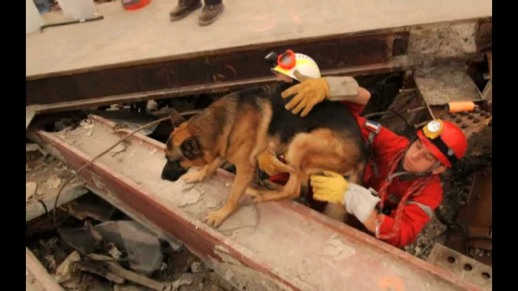 I remember hearing that the rescue dogs at ground zero were depressed. Dogs. Depressed. That their job was to rescue, and they weren’t finding anyone to rescue. So they became depressed. Mother.

I remember a work trip on the weekend of an anniversary of 9/11 in Brooklyn, NY where we came out of a shop and I popped across the street where candles still burned alongside of the brick building of a fire station where 4 firefighters lost their lives. I remember that completely helpless feeling of how our lives would change and yet, would remain the same because at the end of the day, I didn’t know anyone who died. I wasn’t involved.

I remember. I realized, talking once with a former client who was in her early 30’s and mentioned last year that she didn’t really get the big deal of 9-11, that to people younger than 40’s something may not remember how bad this was.

See, we’ve been brainwashed to believe that fellow American’s are the enemy. That it’s us against us and that some lives (pick a color) matter more than others. We’ve forgotten that bad day where (it seemed) American’s stood against the world and said,

NOT ON OUR FUCKING WATCH! THIS IS AMERICA AND WE HAVE EACH OTHER’S BACKS. FUCK OFF. WE WILL END YOU IF YOU EVEN TRY.

I remember how we stood together. How it was a positive being patriotic. Today, I heard part of a speech from our President where he said, “Americans are lazy, they think the world is small and don’t care what happens around them.” Well Mr. President, you don’t know me. You don’t speak for me. You have no idea how I feel about Laos or any neighboring countries. But I’ll tell you this,

I love my country. I’m proud of it. It’s survived far worse than you and it will continue to survive. And guess what, there are others like me. They come in all shapes; all sizes; all nationalities; all religions; all political spectrums, from all over. I’m aware of problems around the globe and do care. But first and foremost, America matters.

So when America hurts… 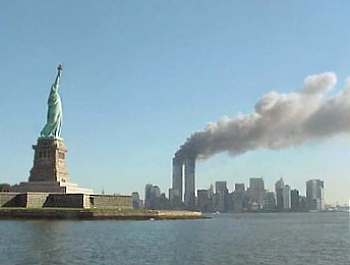 …we all hurt. And we become better for it. Just watch us.

Kevin Cosgrove, who was on the 105th floor of the south tower moments before it collapsed.

For training opportunities at tosabarbell, call or text Juli at 320-296-9313. jep6095@gmail.com tosabarbell is a private, home grown gym with three lifting platforms; squat rack; prowlers; throwing implements; bars, bumpers and everything else needed for an effective strength and conditioning program. Straightforward barbell programming including the Olympic lifts; sound (read: not fancy bullshit) diet advance for weight gain or loss; and strong coaching will ensure you will meet your goals such as becoming stronger, more explosive, and better conditioned. Juli has been coaching teams and athletes for over 20 years. She grew up participating in various sports at various levels but was always drawn to those that require strength training. She is a 2-time Master's Amercian Weightlifting Champion and holds six Master's American records. She is a Master's Weightlifting National Champion and holds three National records. She is a Master's Weightlifting World Championships Silver Medalist in 2016. Juli is also a Masters Highland Games World Champion and holds three World Records in the Braemar Stone; Heavy Weight for Distance, and Light Weight for Distance in the 45-49 class. Her 5 years of training and coaching under Mark Rippetoe has honed her coaching skills to be a top choice for you to reach your strength and conditioning goals. Juli will strongly encourage tosabarbell athletes to compete (and prepare you to do so.) However; tosabarbell is also for those who just wish to be stronger and go through life feeling better. Matt WanAt is a retired Professional Strongman who competed frequently with Strongman Champions League in Europe. He played a year of D1 football with Iowa before concentrating on his Chemical Engineering degree in Iowa City. He is a native of Wauwatosa and still remains a staunch supporter of Tosa East. This blog will be a mixture of strength notes, coaching and nutrition tips, personal shit; bacon delicacies, and a whole lot of fun.
View all posts by tosabarbell →
This entry was posted in Uncategorized and tagged 9/11, 9/11 attacks, America, New York City, NYPA, World Trade Towers. Bookmark the permalink.

2 Responses to Today, I Just Want To Sit and Cry