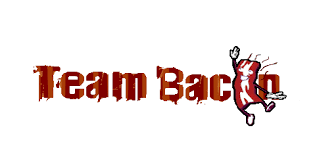 A little news article caught my eye this weekend. Maybe because it’s not related to horrific images and thoughts of terrified children; or idiotic rhetoric about tighter gun control; or especially having to hear or read anything from Il Duce Bloomberg using the CT deaths to get more press for himself.  Ass.

The story is about a 51 year old transsexual by the name of Gabrielle Ludwig who has just been cleared to play on the Mission College (Santa Clara, CA) Women’s basketball team. Now, I don’t care what your opinion is on this entire situation, that’s not what the post is about. I’m sure both Gabrielle and her teammates have taken more creative shit than anyone else can dish out including an “it” comment from two ESPN radio commentators. By the way, ESPN clearly needs to conduct an entire personnel enema. More on that another day.

The part of this story that caught my eye, was that Ludwig humbled herself and told the team (when the heat was rising about her being there) that if it would help, she’ll quit the team. Their response? If she doesn’t play, they don’t play.

I’ve been a part of various teams since I was a little tyke. Some of them were better than others. Some had drama, some didn’t. Some were fun,  some weren’t. We had a kick ass intramural co-ed softball team in college, that was fun. I had a hippie, clog wearing, pot smoking coach for my swim team when I was in junior high, that was crazy. His pre-race coaching advice? “Just Pablo Cruise jules.” Brilliant.

My besties, Char and Sheila, and I had some pretty awesome softball teams growing up made even better by Dairy Queen visits after each game. Solid. But I’ve never been on a team with such solidarity. We should all be so lucky.

Thanks to them and their story of unity. Best of luck for a successful season!

On this team, we’re all united in a common goal: to keep my job.

For training opportunities at tosabarbell, call or text Juli at 320-296-9313. e-mail to jep6095@gmail.com At tosabarbell, I build relationships cultivated in a strength and learning environment. There is no 12 week magic pill program to strength but rather a lifetime commitment to be the very best and most useful human you can be. tosabarbell is a private, home grown gym with three lifting platforms; squat rack; prowlers; throwing implements; bars, bumpers and everything else needed for an effective strength and conditioning program. Straightforward barbell programming including the Olympic lifts; sound (read: not fancy bullshit) diet advance for weight gain or loss; and strong coaching will ensure you will meet your goals such as becoming stronger, more explosive, and better conditioned. I have been coaching teams and athletes for over 30 years. I grew up participating in various sports at various levels but was always drawn to those that require strength training. I have multiple local, national, and world records in the sports of Weightlifting and Highland Games Heavy Events as well as a combined total of 5 World Championships. My 5 years of training and coaching under Mark Rippetoe provided a wide range of influence from some of the top strength & conditioning and throwing coaches in the country. I will strongly encourage tosabarbell athletes to compete (and prepare you to do so.) However, tosabarbell is also for those who wish to be stronger and go through life feeling better. Matt WanAt is a retired Professional Strongman who competed frequently with Strongman Champions League in Europe. He played a year of D1 football with Iowa before concentrating on his Chemical Engineering degree in Iowa City. He is a native of Wauwatosa and still remains a staunch supporter of Tosa East. This blog will be a mixture of strength notes, coaching and nutrition tips, personal shit; bacon delicacies, and a whole lot of fun.
View all posts by tosabarbell →
This entry was posted in Uncategorized and tagged Barbell, Mission College, strength training, Team, Women's Basketball. Bookmark the permalink.