Posted on September 4, 2013 by tosabarbell 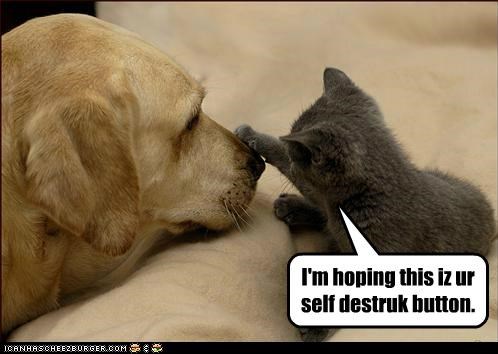 I had a chance to watch Lleyton Hewitt’s match yesterday at the US Open. Hewitt is an old man by tennis standards at 32 and has been on the circuit for over 12 years. I don’t know if it’s a tennis thing, a sun thing, or a genetics thing but dude looks like he’s in his early 40’s. Which is probably why I’ve always cheered for him. I kinda felt like I was cheering for the old guy. Anyway, having him still around in the fourth round of a grand slam tournament is a treat. He brought his Russian opponent all the way to the 5th set, was up 5-2 and practically had one foot in the quarterfinal round door when he seemingly completely self destructed. He lost the game and lost the match. Ugh.

Now, I say seemingly because my impressions of his tennis playing, of which I know nothing about until it’s Grand Slam TV time, seemed to me to take a big dump right around the time when he needed it most. But I don’t know. And that’s the crux of being a sports fan. We don’t know.  We can have opinions all day long about why our team or athlete self destructs, but we really don’t know.

At last weekend’s Wisconsin Highland Games, we competed on Sunday in the Irish Hibernian events. Basically, that means we threw some pretty heavy stuff in weird ways. When we went to the heavy Weight for Height, instead of tossing the weight over the bar we needed to hit a “shield” target hanging from it. Sounds easy enough. Until you’re under it. It was one of the most nerve wracking events I’ve done and was a complete blast. By the time this came around, our crowd had grown AND it seems many had spent some time in the beer tent. When Kerry Overfelt narrowly missed the target a rather boisterous fan yelled, “Come on Kerry, you have to at least try!” Heh. That was funny.

But he was serious. What?! Yup. He had an opinion that hitting a target high up in the air with a 56# weight should be easy, so we gotta at least try! And this is what I was saying to Lleyton Hewitt yesterday through the television, C’mon Aussie, at least try! But I don’t know. I don’t know if he was out of gas after the long match; or nerves got the best of him; or he was hungry; or the sun was in his eyes too long; or whatever else the fok went wrong that I don’t know about. In my eyes, he self destructed. But here’s the point sports fans of this post…

It doesn’t mean shit what I think. I don’t have an informed opinion.

Packer’s fans, you hear me? YOU DON’T HAVE AN INFORMED OPINION. Shut up. (I know they won’t, I just had to try.)

Screaming at athletes, whether at the field/court/whatev or watching on television is very, very different than staring in their eyes and trying to help them bounce back. That’s called a coach. See? Silly fan. Coach. Not the same.

At the end of the day, only he and his coach know  why Hewitt is now a spectator at this tournament. I’m sorry he lost. The Russian isn’t nearly as dashing as the Aussie.

Tennis is a perfect combination of violent action taking place in an atmosphere of total tranquility.

For training opportunities at tosabarbell, call or text Juli at 320-296-9313. jep6095@gmail.com tosabarbell is a private, home grown gym with three lifting platforms; squat rack; prowlers; throwing implements; bars, bumpers and everything else needed for an effective strength and conditioning program. Straightforward barbell programming including the Olympic lifts; sound (read: not fancy bullshit) diet advance for weight gain or loss; and strong coaching will ensure you will meet your goals such as becoming stronger, more explosive, and better conditioned. Juli has been coaching teams and athletes for over 20 years. She grew up participating in various sports at various levels but was always drawn to those that require strength training. She is a 2-time Master's Amercian Weightlifting Champion and holds six Master's American records. She is a Master's Weightlifting National Champion and holds three National records. She is a Master's Weightlifting World Championships Silver Medalist in 2016. Juli is also a Masters Highland Games World Champion and holds three World Records in the Braemar Stone; Heavy Weight for Distance, and Light Weight for Distance in the 45-49 class. Her 5 years of training and coaching under Mark Rippetoe has honed her coaching skills to be a top choice for you to reach your strength and conditioning goals. Juli will strongly encourage tosabarbell athletes to compete (and prepare you to do so.) However; tosabarbell is also for those who just wish to be stronger and go through life feeling better. Matt WanAt is a retired Professional Strongman who competed frequently with Strongman Champions League in Europe. He played a year of D1 football with Iowa before concentrating on his Chemical Engineering degree in Iowa City. He is a native of Wauwatosa and still remains a staunch supporter of Tosa East. This blog will be a mixture of strength notes, coaching and nutrition tips, personal shit; bacon delicacies, and a whole lot of fun.
View all posts by tosabarbell →
This entry was posted in Uncategorized and tagged Lleyton Hewitt, Milwaukee Weightlifting, Sports Fans, tennis, tosabarbell, US Open. Bookmark the permalink.