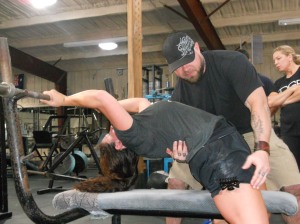 A couple of years ago, Jim Wendler was out to WFAC for a Starting Strength Roundtable event and I got a chance to train with him briefly (I was supposed to be working;) During the event, one of my favorite sayings of his was that each of us need to “Pay our Dues” when it comes to training. This resonates with me this week as I’ve dealt with a few impatient folks (yes, you know who you are) who have felt some frustration that they’re not picking up the barbell lifts as fast as they “feel” they should.

For some reason, barbell training brings the “I WANT IT NOW” out of people. I’ve coached some sports teams and athletes up to this point and learning the foundations of the sport was an acceptable part of training. Why is it that barbell training is different? Is it because we’re older and have forgotten the importance of batting practice? You know, that part where we started Little League and they took us out to the plate and we hit three out of thirty pitches? And then we did it again the next week? And the next? Eventually, most of us got pretty good at this thing they called Batting Practice.

Dudes. Being a novice lifter is the same idea. You learn the foundations first and then practice them. Over. And over. And over. If you have a strength coach that’s worth a shit to help you out, good for you. Be patient. If you don’t and are learning strictly from video’s or books, you are on your way. Be patient. We all start from the same point, just at different times in our lives. Be patient. 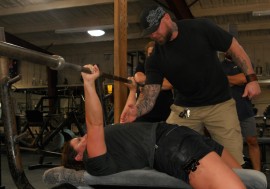 As long as you’re training, YBF (if you don’t know what YBF is, it’s a very powerful medicine originating in the Pacific Northwest and will show up here often.) Don’t skip batting practice, it’s the fun part. It’s where we get to screw up for a while only because we don’t know better. Have fun!