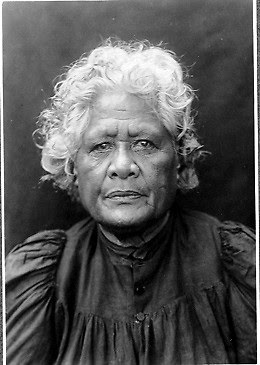 One of the most poignant book series I’ve read is called The Emigrants. It’s tells the story of Karl Oskar and his lovely wife, Kristina, emigrating from Sweden and all it took to get here to America, settle, and those they left behind. I was so sad when I finished the books knowing that was the end of Karl Oskar and Kristina. One specific scene has been on my mind these last few weeks.

Kristina, now old and beaten down by such a hard life, looks at herself in the mirror and wonders who that old hag is looking back at her? Surely it can’t be the young and beautiful herself?? It is heartbreaking to hear her thoughts of herself and I think of that every time I see a picture of an older woman, such as the Hawaiian lady above. Did she look at that picture and wonder where her younger self went? I dunno.

What I do know is that I have a sort of dyslexic view from Kristina as I look in the mirror these days. See, I’m tired. My bones are tired. My right hand wakes up after a throwing day a bit swelled up and the tendons I tweaked in my middle finger last July makes it tender to just fist my hand for the first little while of each day. I gingerly get out of bed and immediately do my stretches so brushing my teeth doesn’t feel so godawful on my back.

I’m walking the fine line of tendonitis in my right elbow from throwing and I need an I.T. band release on my right leg to ease the pressure of my knee. Good lord I’m feeling my old bones. There have been days I look in the mirror fully expecting to see an 80 year old version of myself staring back at me. How is it that I don’t? Now, I don’t want any “Awww, you look good for an ol’ gal Jules” comments. I do ok. For the most part I eat better than a large percentage of other late 40’s chicks do with keeping in mind anything that brings on inflammation will immediately show in my face (a late night Peanut Buster Parfait this summer almost had my eyes swollen shut the next day. The dog food counter lady even asked if I was ok.) Lesson learned. I’m stubborn enough to keep moving and I aim for PR’s in the gym and on the field.

But the first 15 minutes of each day? Uff Da. That’s assuming I’ve been able to even sleep for a solid 6-7 hours. On nights where I’m up for 2-3 hours and then doze here and there for an hour before it’s time to get up, I’m a walking hag zombie for an hour.

My post season through December training needs major recovery, conditioning, as much throwing as I can do before the snow flies, and fun. And I don’t know how to do that without pushing myself right back into the ground. So I’m going to get help with that. I don’t know from where, but I’ll figure it out.  Right now I’m a week out from my last Games so throwing is on the docket with light lifts in between. And then rest.

Staying out of the gym isn’t an option for me. I did it last year during Christmas week and felt like absolute hell for two weeks after. But the week in between Games and Lithuania will entail prowling and light lifting and that’s all. THAT’S ALL!  (I have to yell that or I won’t do it.) Time to rejuvenate these old bones.

At 50, everyone has the face he deserves.

For training opportunities at tosabarbell, call or text Juli at 320-296-9313. jep6095@gmail.com tosabarbell is a private, home grown gym with three lifting platforms; squat rack; prowlers; throwing implements; bars, bumpers and everything else needed for an effective strength and conditioning program. Straightforward barbell programming including the Olympic lifts; sound (read: not fancy bullshit) diet advance for weight gain or loss; and strong coaching will ensure you will meet your goals such as becoming stronger, more explosive, and better conditioned. Juli has been coaching teams and athletes for over 20 years. She grew up participating in various sports at various levels but was always drawn to those that require strength training. She is a 2-time Master's Amercian Weightlifting Champion and holds six Master's American records. She is a Master's Weightlifting National Champion and holds three National records. She is a Master's Weightlifting World Championships Silver Medalist in 2016. Juli is also a Masters Highland Games World Champion and holds three World Records in the Braemar Stone; Heavy Weight for Distance, and Light Weight for Distance in the 45-49 class. Her 5 years of training and coaching under Mark Rippetoe has honed her coaching skills to be a top choice for you to reach your strength and conditioning goals. Juli will strongly encourage tosabarbell athletes to compete (and prepare you to do so.) However; tosabarbell is also for those who just wish to be stronger and go through life feeling better. Matt WanAt is a retired Professional Strongman who competed frequently with Strongman Champions League in Europe. He played a year of D1 football with Iowa before concentrating on his Chemical Engineering degree in Iowa City. He is a native of Wauwatosa and still remains a staunch supporter of Tosa East. This blog will be a mixture of strength notes, coaching and nutrition tips, personal shit; bacon delicacies, and a whole lot of fun.
View all posts by tosabarbell →
This entry was posted in Uncategorized and tagged Aging, Aging Athletes, Growing Old, Highland Games, Masters athletes, Milwaukee Weightlifting, tosabarbell. Bookmark the permalink.