Posted on October 1, 2013 by tosabarbell

So often at these Highland Games (read: always) we are busy throwing and miss the rest of the Highlander activities. These springy dancers, some of which are Heavy Athletics competitor’s kiddos: 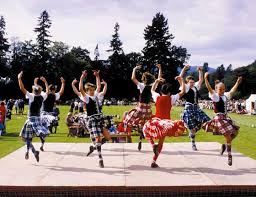 Yup. Haven’t taken in even one dance.

Nope. Busy throwing. Oz loves the Clan tents and will spend hours talking to them so at least there’s that.

And the Bagpipes, ahhhhhh, the bagpipes. At this past June’s Milwaukee games, we actually knew people who’s Pipe band was performing and surely we’d be done by 5:00 pm to watch them all  parade into the stadium! You guessed it, missed it. We were still throwing Caber and were a good 30 minutes away from beginning the WOB.

So when I was asked on Friday to grab my guys and head over to Lake Forest for the Bagpipes and Bonfire event, I thought maybe I’d finally be able to see some pipes in action. And oh boy, did I ever!

But before the pipes, were these guys…

Ya, that would be kilted jumpers. It was really quite awesome. Then came the pipe bands, a total of four I believe. The quick snapshot of them coming around to the field with dancing shadows on Potawatomi land honestly made my heart swell. To be able to stand there, with people who have come to mean much to me, my Bigg and Oz and just take this in was quite amazing and I quickly became verklempt.  (I like the older couple in the foreground of the shot. I hope Bigg and I look like that someday.)

We enjoyed more music, and Scotch!  Thanks to Craig Morehead and his more than generous sharing of the bottle of Aberlour 18 he just brought back from Scotland. Mmmmmm Mmmmmm good. Laughs. We also enjoyed lots of laughs. We had to move back after the bonfire was lit, it was a bit fiery…

I was fading and knew goodbyes were moments away and there I went again, verklempt. Everyone in this crew has been so welcoming, so friendly, so crazy and I realized that I’ve taken for granted seeing them every month since last March, pretty much. Not liking goodbyes to begin with (too many of them when I was too young to remember) I jumped up, we packed up the car and started our rounds of hugs. I was okay until I got to Jason. See, I wouldn’t be nearly the thrower I was this season without his help and that he so freely gives his time and expertise and friendship had me a bit choked up. Good thing it was dark. heh. Saying thank you seems too small. Maybe if I win the lottery or something I’ll get he and Jane a half track (that was Oz’s idea.) That seems a bit more on scale with how thankful I am.

I have a chance to throw one more time this coming weekend with a whole new crew and I’m looking forward to meeting new folks and getting a practice in with the 21# “heavy” weight I’ll be throwing more next year in the Master’s group. But these guys? They’re tops. I’m thankful to Kevin Neis for the invite, throwing with this group has been a highlight of the year and I’ll miss ’em for sure…

.I have never made but one prayer to God, a very short one: ‘O Lord make my enemies ridiculous.’ And God granted it.

For training opportunities at tosabarbell, call or text Juli at 320-296-9313. e-mail to jep6095@gmail.com At tosabarbell, I build relationships cultivated in a strength and learning environment. There is no 12 week magic pill program to strength but rather a lifetime commitment to be the very best and most useful human you can be. tosabarbell is a private, home grown gym with three lifting platforms; squat rack; prowlers; throwing implements; bars, bumpers and everything else needed for an effective strength and conditioning program. Straightforward barbell programming including the Olympic lifts; sound (read: not fancy bullshit) diet advance for weight gain or loss; and strong coaching will ensure you will meet your goals such as becoming stronger, more explosive, and better conditioned. I have been coaching teams and athletes for over 30 years. I grew up participating in various sports at various levels but was always drawn to those that require strength training. I have multiple local, national, and world records in the sports of Weightlifting and Highland Games Heavy Events as well as a combined total of 5 World Championships. My 5 years of training and coaching under Mark Rippetoe provided a wide range of influence from some of the top strength & conditioning and throwing coaches in the country. I will strongly encourage tosabarbell athletes to compete (and prepare you to do so.) However, tosabarbell is also for those who wish to be stronger and go through life feeling better. Matt WanAt is a retired Professional Strongman who competed frequently with Strongman Champions League in Europe. He played a year of D1 football with Iowa before concentrating on his Chemical Engineering degree in Iowa City. He is a native of Wauwatosa and still remains a staunch supporter of Tosa East. This blog will be a mixture of strength notes, coaching and nutrition tips, personal shit; bacon delicacies, and a whole lot of fun.
View all posts by tosabarbell →
This entry was posted in Uncategorized and tagged Bonfire and Bagpipes, Highland Games, Scotch, Scotland, tosabarbell, Voltaire. Bookmark the permalink.