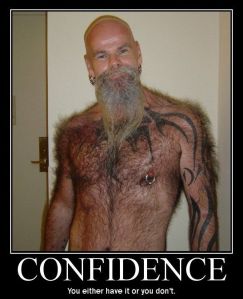 No, not one with a little T on it, a real one. Where an honest to goodness peer is perched up high on the pitching mound and it’s just you and he or she. One of you will succeed, one of you will fail. Guaranteed. There is none of this “agree to disagree/everyone’s a winner” bullshit when a pitcher and a batter are involved. Either you get a hit, you win (yes, you may not reach the base, but the first battle was won) or you don’t, they win. Every time.

When the Oz man played baseball in Texas, we were exposed to the most intense league of sports parents on the planet. This was 4th grade baseball and it was not uncommon to hear the parents yelling at their kids after a game that they probably just lost out on scholarships with “that kind of play.” W!T!Ffffffffffffff! When one parent started yelling at Oscar in the batters box, I quickly (and loudly) spoke up. No, no. That’s not how we roll. Don’t coach my kid, he HAS coaches and you’re not it. Do you know this man was actually OFFENDED that I told him to STFU? His response? “Well if you’d get in there and coach him some, he’d do better.” ORLY? Me: I’m not doing this with you here. He has coaches, you’re not it. Do not ever yell at my son again. He didn’t and although one of the coaches actually thanked me later, I didn’t make many friends with the other parents. I was heartbroken about it.

Oz had a rough season that year, truth be told, he does not (or didn’t back then) have the competitive drive hot enough for Texas baseball. This was something he did for fun. But by god every game, he’d have the confidence to step into that batter’s box and I was proud of him for it.

Oz has always marched to the beat of his own drum. He’s never been a jeans guy, always BDU’s. One day he came home from school quite salty because some kids were teasing him about wearing BDU’s (and no, I didn’t want to beat the teasing kids up. Good lord people, kids tease. Yes, there are rare instances where it goes way too far, but mostly it’s just part of growing up. Teach your kid to deal with it and move on) and Oz didn’t like it. My reply? ‘You choose to wear BDU’s. If you want to fit in better and wear what everyone else is just tell me and we’ll go shopping. If not, then you’re going to have to own it and move on.”

And he did. Dude has confidence. Now being in 8th grade, 6’2 and 210 he’s showing even more confidence. Proud Ma over here.

In general, I do not enjoy being around people who lack confidence. We can spot them a mile away. They’ll do anything or say anything to cut other people down or mess with them. It may be subtle or outright shit talk but it screams of low confidence and no thank you. A person who is not comfortable with themselves is dangerous, in my mind. They will pretend to be your friend, or maybe even WANT to be your friend but not know how to go about it without selling you out at some point.

Know it all’s, a sure sign of low self confidence because, actually…if you DID know it all, you wouldn’t have to shout it from the rooftops. People who are comfortable in their own skin are a joy to be around. Now, do we all have things we’d like to change/improve/fix about ourselves? Probably. That’s a good thing. Keeping high standards on ourselves means we’re not content with anything holding us back from being the greatest “us” we can be.

I will run away as fast as I can from someone who lacks confidence. That constant need to be filled from the outside from others. The constant need to talk as if they’re better than others. Uck. That energy is so draining and just sad. No thank you.

Own your good, own your shit. If you don’t know how, get help. If you don’t want to cuz you like being the prom queen at your pity party, just stay away from me. You won’t like me anyway, I’m harsh and all cussy and bossy. But I’ll own it. And if you want to lay your crap out when I’m around or come at my hubby, don’t be surprised when I don’t play well with you. I won’t care.

It’s a dead-end street if you sit around waiting for someone else to tell you  you’re okay.