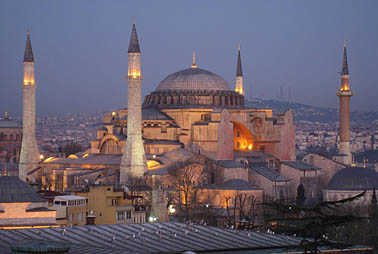 The Blue Mosque in Istanbul

I get to go to Constantinople next week. Well, kind of.

I will be the first to admit that this silly girl has always wanted to go to Constantinople since I heard They Might Be Giants sing about it in the 90’s. It seemed so exotic. Of course back then we didn’t have the Google to pull up a beautiful picture of the Blue Mosque so I had to just ask around the office if anyone has been to Constantinople and I got a lecture from my boss on how it’s now called Istanbul and I’m all, ‘ya Mike, I know. It’s in the fucking song.’  I mean, geez! I’m not a total idiot.

But I was around 21 so chances are I was a total idiot. It’s quite possible that there is no amount of money on the planet that could be offered to me to repeat my 20’s. Barf. I’ve already told my 20’something twins to just keep stepping, it gets better. Anyways.

Next weeks flights to Masters Worlds in BFE Germany is a classic coordination of the Bigg and Jules household. A work meeting was scheduled for Matt that meant he couldn’t leave ‘Merika until Thursday night. I need to get to town earlier to have time to shake off the travel cobwebs and acclimate a little. So I fly out on Wednesday andI get to fly to Germany by myself. 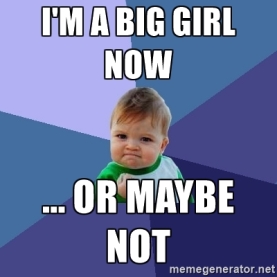 First, I go to Chicago where Sue and Ruth take care to make sure I get to the airport (if you throw Highland Games, all you need to say is, “Sue and Ruth” and everyone knows who you’re talking about. They’re cool like that.) THEN, my hubs has already made sure that I’ll have phone service for my layover in Turkey just in case there’s trouble. Like, I can’t make it out of the airport gift shops on time or there’s another terrorist attack. Either way, Sprint says I’m ready to handle it. Now, I’m pretty skeptical that I’ll actually have phone service because Sprint sucks but we’ll see. So I’m just going to text everyone in my phone directory when I get there and hope one person texts me back to prove that I actually DO have phone service. Wish me, and Sprint, luck. OH! If you get a text from me, answer me Goddsakes, I’m alone in Constantinople.

So my grand trip to Constantinople consists of a two hour layover. Something like that. One of the problems of traveling with Matt is that I don’t even look at the tickets. He takes care of it all. The only thing we do is go into high negotiations on how early we need to arrive at the airport. He’ll start off around 3 hours early and I jump in with 30 minutes early. From there, we get down to about an hour early if we’re flying out of Milwaukee. Other than that, I just follow along. Me having to maneuver myself around passport control in foreign lands while trying not to look total tourist is a crapshoot at best. Especially, I imagine, in Constantinople.

From there, I fly to Stuttgart where the next group of throwers hold my hand to ensure that all’s well for the old lady traveling alone. In all honesty, I am so thankful to Petra and Uli for their care. Petra says, ‘you get a hotel for Friday when Matt comes in and Saturday after the meet and other nights you stay with us’ and takes care to make sure I can train a bit Friday morning and I’m a bit overwhelmed. We are surrounded by so many good and giving people. So not only did I never envision that I would be traveling to Constantinople, I especially never imagined I would have such wonderful friends helping me each step of the way.

Matt gets in Friday and we’ll head up the road a bit towards the venue village. We’ll be close enough that we can run over there on Saturday morning to make sure the schedule hasn’t changed and get a lay of the land and head back to chill and nap before my session.

If one had but a single glance to give the world, one should gaze on Istanbul.

For training opportunities at tosabarbell, call or text Juli at 320-296-9313. jep6095@gmail.com tosabarbell is a private, home grown gym with three lifting platforms; squat rack; prowlers; throwing implements; bars, bumpers and everything else needed for an effective strength and conditioning program. Straightforward barbell programming including the Olympic lifts; sound (read: not fancy bullshit) diet advance for weight gain or loss; and strong coaching will ensure you will meet your goals such as becoming stronger, more explosive, and better conditioned. Juli has been coaching teams and athletes for over 20 years. She grew up participating in various sports at various levels but was always drawn to those that require strength training. She is a 2-time Master's Amercian Weightlifting Champion and holds six Master's American records. She is a Master's Weightlifting National Champion and holds three National records. She is a Master's Weightlifting World Championships Silver Medalist in 2016. Juli is also a Masters Highland Games World Champion and holds three World Records in the Braemar Stone; Heavy Weight for Distance, and Light Weight for Distance in the 45-49 class. Her 5 years of training and coaching under Mark Rippetoe has honed her coaching skills to be a top choice for you to reach your strength and conditioning goals. Juli will strongly encourage tosabarbell athletes to compete (and prepare you to do so.) However; tosabarbell is also for those who just wish to be stronger and go through life feeling better. Matt WanAt is a retired Professional Strongman who competed frequently with Strongman Champions League in Europe. He played a year of D1 football with Iowa before concentrating on his Chemical Engineering degree in Iowa City. He is a native of Wauwatosa and still remains a staunch supporter of Tosa East. This blog will be a mixture of strength notes, coaching and nutrition tips, personal shit; bacon delicacies, and a whole lot of fun.
View all posts by tosabarbell →
This entry was posted in Uncategorized and tagged Constantinople, Istanbul, Master's Weightlifting, Masters Worlds, Old Lady Travels, tosabarbell, Traveling alone. Bookmark the permalink.