I’m noticing a (new?) trend. The word “Wow’ has taken over where “Whatever’ left off. Whatever became so popular, it would be impossible to be out and aboot without hearing it at least twice from neighboring tables.

The meaning, however, was far more important than the word. If you “whatever’d” someone, it could be that you’re saying ‘F*ck you’, ‘You’re lying’, ‘You’re silly’, or it could simply be your end to an inane argument. The thing with ‘Whatever’ though, is you could use it in fun and flirty ways. Come on, who here hasn’t batted their eyelashes, kicked out a whatever with a little shoulder push and enjoyed a little teasing? And that’s where ‘Wow’ has split ways with it’s kinder counterpart.

Wow is used simply as “F*ck you, you’re crazy.” That’s it. You can widen your eyes, you can shake your head, you can use your hands to accent the slam, but when you use ‘Wow’, you win. It’s an instant ender to conversation. You don’t have to be eloquent or creative enough to form thoughts into sentences, you can just say “Woowwwww” and it’s done. It’s rudeness and passive aggressiveness at it’s finest.

Tonight is the last Presidential debate. Points go to whomever says ‘Wow’ while shaking their head and getting really wide eyed more times than the other guy. Us? We’ll be watching the Bears stomp the Lions while checking on the Giants score so we’re pretty busy.

Here’s a little WOW (using the word the old fashioned way) from the countrysides of Somewhere, Wisconsin we drove by this weekend… 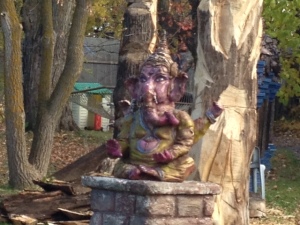 For training opportunities at tosabarbell, call or text Juli at 320-296-9313. e-mail to jep6095@gmail.com At tosabarbell, I build relationships cultivated in a strength and learning environment. There is no 12 week magic pill program to strength but rather a lifetime commitment to be the very best and most useful human you can be. tosabarbell is a private, home grown gym with three lifting platforms; squat rack; prowlers; throwing implements; bars, bumpers and everything else needed for an effective strength and conditioning program. Straightforward barbell programming including the Olympic lifts; sound (read: not fancy bullshit) diet advance for weight gain or loss; and strong coaching will ensure you will meet your goals such as becoming stronger, more explosive, and better conditioned. I have been coaching teams and athletes for over 30 years. I grew up participating in various sports at various levels but was always drawn to those that require strength training. I have multiple local, national, and world records in the sports of Weightlifting and Highland Games Heavy Events as well as a combined total of 5 World Championships. My 5 years of training and coaching under Mark Rippetoe provided a wide range of influence from some of the top strength & conditioning and throwing coaches in the country. I will strongly encourage tosabarbell athletes to compete (and prepare you to do so.) However, tosabarbell is also for those who wish to be stronger and go through life feeling better. Matt WanAt is a retired Professional Strongman who competed frequently with Strongman Champions League in Europe. He played a year of D1 football with Iowa before concentrating on his Chemical Engineering degree in Iowa City. He is a native of Wauwatosa and still remains a staunch supporter of Tosa East. This blog will be a mixture of strength notes, coaching and nutrition tips, personal shit; bacon delicacies, and a whole lot of fun.
View all posts by tosabarbell →
This entry was posted in Uncategorized and tagged barbells, sculptures, strength training. Bookmark the permalink.