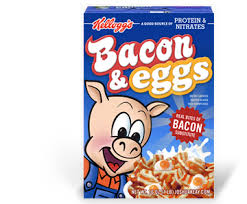 In one of the boldest marketing campaigns I’ve seen in a while, the folks at Special K are trying to talk you into eating their products to be healthy and lose weight. WHAT? Yup. They show a too skinny girl on tv stressing about eating food but then the awesomely crappy products of Special K cereals swoop in to save her from yet starving again. 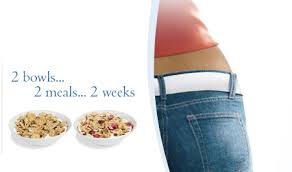 They even have their own diet. The diet consists of 2 bowls of cereal! …and a sensible meal for dinner. Cereal. To lose weight. Sure. Here’s a sampling of the carb count (according to Livestrong.com) of some of their “best” products:

Basically, they’re saying, “Don’t eat that ucky junk food, eat OURS!” And they unabashedly sell this stuff day in and day out. SRSLY? Fail! FailFailFail!

Everything I do is for my people.

For training opportunities at tosabarbell, call or text Juli at 320-296-9313. jep6095@gmail.com tosabarbell is a private, home grown gym with three lifting platforms; squat rack; prowlers; throwing implements; bars, bumpers and everything else needed for an effective strength and conditioning program. Straightforward barbell programming including the Olympic lifts; sound (read: not fancy bullshit) diet advance for weight gain or loss; and strong coaching will ensure you will meet your goals such as becoming stronger, more explosive, and better conditioned. Juli has been coaching teams and athletes for over 20 years. She grew up participating in various sports at various levels but was always drawn to those that require strength training. She is a 2-time Master's Amercian Weightlifting Champion and holds six Master's American records. She is a Master's Weightlifting National Champion and holds three National records. She is a Master's Weightlifting World Championships Silver Medalist in 2016. Juli is also a Masters Highland Games World Champion and holds three World Records in the Braemar Stone; Heavy Weight for Distance, and Light Weight for Distance in the 45-49 class. Her 5 years of training and coaching under Mark Rippetoe has honed her coaching skills to be a top choice for you to reach your strength and conditioning goals. Juli will strongly encourage tosabarbell athletes to compete (and prepare you to do so.) However; tosabarbell is also for those who just wish to be stronger and go through life feeling better. Matt WanAt is a retired Professional Strongman who competed frequently with Strongman Champions League in Europe. He played a year of D1 football with Iowa before concentrating on his Chemical Engineering degree in Iowa City. He is a native of Wauwatosa and still remains a staunch supporter of Tosa East. This blog will be a mixture of strength notes, coaching and nutrition tips, personal shit; bacon delicacies, and a whole lot of fun.
View all posts by tosabarbell →
This entry was posted in Uncategorized and tagged Bad Diets, strength training. Bookmark the permalink.