I am not a fan of using the word, “Epic.” It tends to be overworked these days and unless you’re talking about BACON, who cares. But today I’ll use the word Epic. I asked my Highland Games veteran friend, Rick, what I should have packed in my games bag and he came back with one of the Best. Lists. Ever. 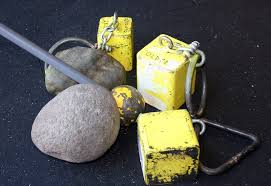 In order to be fully prepared to throw the above stuff around for a day, it would be good to have on hand…

A bag with wheels; sun block; a towel I can trash; a hand towel to dip in ice water to cool off on hot days; tacky; WD-40 and hand cleaner; new skin; umbrella for rain or shine; cleats (given with his favorite kind); hammer boots; throwing glove; tape; super glue; Kilt; extra shirts and socks; polar fleece; sweatshirt; warm up clothes; bottle opener for after games celebration (I already have that and it’s already been put to use;); lighter to light cigar (Bigg liked that one);  Scotch or beer; Gatorade; Sheaf fork; chair (I like to bring one with a hard back, not the fold up camping types); food; roll of toilet paper (just in case.)

I thought about it and added a few items. A Red Cup (since I got stuck on a boat last summer while drinking for about six hours I’ve come to appreciate the multiple uses for red cups); a nail file; sun glasses; the camera; chalk; my games goal book and the i-pod for warm ups to calm my nerves. I really feel like duct tape should be on the list but I’m trying to exercise restraint.

I’m very lucky to have someone who’s been at this for a while whose willing to take time out of his day to help me and I’m very appreciate for the help. So I need to go shopping and get my bag packed!

The rules of drinking games are taken far more seriously than the rules of war.

For training opportunities at tosabarbell, call or text Juli at 320-296-9313. jep6095@gmail.com tosabarbell is a private, home grown gym with three lifting platforms; squat rack; prowlers; throwing implements; bars, bumpers and everything else needed for an effective strength and conditioning program. Straightforward barbell programming including the Olympic lifts; sound (read: not fancy bullshit) diet advance for weight gain or loss; and strong coaching will ensure you will meet your goals such as becoming stronger, more explosive, and better conditioned. Juli has been coaching teams and athletes for over 20 years. She grew up participating in various sports at various levels but was always drawn to those that require strength training. She is a 2-time Master's Amercian Weightlifting Champion and holds six Master's American records. She is a Master's Weightlifting National Champion and holds three National records. She is a Master's Weightlifting World Championships Silver Medalist in 2016. Juli is also a Masters Highland Games World Champion and holds three World Records in the Braemar Stone; Heavy Weight for Distance, and Light Weight for Distance in the 45-49 class. Her 5 years of training and coaching under Mark Rippetoe has honed her coaching skills to be a top choice for you to reach your strength and conditioning goals. Juli will strongly encourage tosabarbell athletes to compete (and prepare you to do so.) However; tosabarbell is also for those who just wish to be stronger and go through life feeling better. Matt WanAt is a retired Professional Strongman who competed frequently with Strongman Champions League in Europe. He played a year of D1 football with Iowa before concentrating on his Chemical Engineering degree in Iowa City. He is a native of Wauwatosa and still remains a staunch supporter of Tosa East. This blog will be a mixture of strength notes, coaching and nutrition tips, personal shit; bacon delicacies, and a whole lot of fun.
View all posts by tosabarbell →
This entry was posted in Uncategorized and tagged barbells, haggis, Highland Games, Highlander, strength training. Bookmark the permalink.