The Love of Books

Posted on October 3, 2013 by tosabarbell

I’ve always loved to read. I have my mom to thank for that. She read books to me far better than I ever did to my kids. Oh sure, we had story time and they had their favorite night night books and car books but they don’t have a love for stories like I did. If I had my way, my mom would read me an entire Nancy Drew or Little House on the Prairie book every night. When I got old enough to read them myself, I’d do the whole, flashlight under the covers to keep reading for hours thing. In the first grade, I got in trouble for finishing our semester paper reading book in the first week. Yes, in trouble. People don’t ever need to wonder why I’m harsh on the stupid teachers.

When I got older and we’d head up north to Grand Rapids to the cabin with no television, a transistor radio, and nature to entertain us, books were even more important. My mom and I decided that we were going to have a contest to see who could read the most books for the summer. I remember I read 21 but she still probably beat me. Now at nearly a book a day, these things had to be interesting. There’s only so many Judy Blume books available and after a while, the Harlequin romance novels all had the exact same stupid story where the woman appeared so weak that she had to be saved by some stupid, but rich, man. Meh.

Then I found Tom Clancy and The Hunt for Red October. 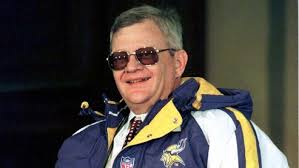 I was hooked. I went on a Clancy streak that, if it were written in the 80’s and 90’s, I’d read it. He opened up an entire new world for me that pushed me to think of other things besides the best parties and the next Journey concert. There was a big bad dangerous world out there and even sometimes our government may have not been the man in white we’d always like to believe we were. He brought strategy, and weapons, and Jack Ryan, and blurred lines, and a “not always a happy ending” that I didn’t know about reading other books.

His style of writing opened me up to other authors who’s mystery or techno-thriller military dramas brought me into adulthood and demand a higher quality when paying for entertainment whether it be books or movies. By the way, I didn’t think Alec Baldwin was a horrible Jack Ryan, but you can’t compare when you’re up against Han Solo. Word.

I was sad when I heard the news Wednesday that he had died. Not crying sad, but you know, wispy sad in that way where you know someone who had a bigger talent and impact than yourself is no longer walking the earth. RIP Tom Clancy.

I stopped reading Clancy in the past ten or so years. No idea why. Maybe three kids and a busy schedule, probably. That changes now. I think I’ll download a few and grab one paperback for the long plane ride to Lithuania in a couple weeks.

I have no idea what his personal life was about, how he died, or if he was a happy man or not. All I know is that he was able to use his experience and intelligence and weave a very good tale. And for that I’m thankful.

Fundamentally, I think of myself as a storyteller, not a writer.

For training opportunities at tosabarbell, call or text Juli at 320-296-9313. e-mail to jep6095@gmail.com At tosabarbell, I build relationships cultivated in a strength and learning environment. There is no 12 week magic pill program to strength but rather a lifetime commitment to be the very best and most useful human you can be. tosabarbell is a private, home grown gym with three lifting platforms; squat rack; prowlers; throwing implements; bars, bumpers and everything else needed for an effective strength and conditioning program. Straightforward barbell programming including the Olympic lifts; sound (read: not fancy bullshit) diet advance for weight gain or loss; and strong coaching will ensure you will meet your goals such as becoming stronger, more explosive, and better conditioned. I have been coaching teams and athletes for over 30 years. I grew up participating in various sports at various levels but was always drawn to those that require strength training. I have multiple local, national, and world records in the sports of Weightlifting and Highland Games Heavy Events as well as a combined total of 5 World Championships. My 5 years of training and coaching under Mark Rippetoe provided a wide range of influence from some of the top strength & conditioning and throwing coaches in the country. I will strongly encourage tosabarbell athletes to compete (and prepare you to do so.) However, tosabarbell is also for those who wish to be stronger and go through life feeling better. Matt WanAt is a retired Professional Strongman who competed frequently with Strongman Champions League in Europe. He played a year of D1 football with Iowa before concentrating on his Chemical Engineering degree in Iowa City. He is a native of Wauwatosa and still remains a staunch supporter of Tosa East. This blog will be a mixture of strength notes, coaching and nutrition tips, personal shit; bacon delicacies, and a whole lot of fun.
View all posts by tosabarbell →
This entry was posted in Uncategorized and tagged Little House on the Prairie, Nancy Drew, reading, Tom Clancy, tosabarbell. Bookmark the permalink.