Well it’s that time of time again. Time to give our nod to the best uniforms of the Olympics. Look, I know I’m partial to the Maple Leaf (the actual leaf, not the hockey team) but they’ve been kicking booty so far. Charles Hamelin not only won gold in the Men’s 1500m speed skating event, he also has won Gold for his uniform. Kickin!!!

Like a good cowbell, we just can’t have too much Maple Leaf. The curling team (I really try every four years to understand curling and it never happens. Now I live in Curling land so I should probably learn) takes a close second to their speed skaters.

By far, the Norwegian curlers show themselves to be serious athletes with no time for fun…

I want to party with these guys.

Figure skating is a shoo in most years cuz their shirts are sparkly and the skirts go swooosh as they turn. That’s kinda fun. But the Russian pair, with help from their actual skating, made you believe they were actually waltzing with the Romanov’s…pre-mass murder. 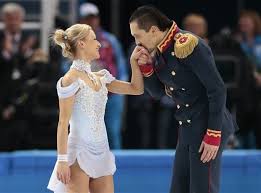 I’ve been unimpressed with the USA uniforms thus far and their rediculous ugly Christmas sweater thingy as they marched during opening ceremony was embarrassing. See, other countries actually took this seriously. Ugly Xmas sweater is what you wear once a year for FB pictures and a good drunken ugly xmas sweater party. Then you put it away for next year or pay it forward and hit up Ragstock again. They don’t even get a picture here, if you missed it, google it.

Whoever dressed the Russian athletes has the right idea,

I mean COME ON!!! Someone up there in the great white north figured out how to showcase their pride with each sport. ‘Merika? 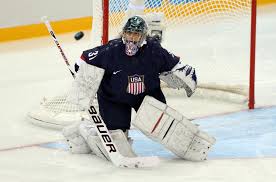 Did they open up an elementary school contest to dress their athletes? Cuz if so, that’s kind of cool and totally explains why their uniforms are as snore as snore can be. If an 8 year old won a visit by an Olympian and a check to Chuck E Cheese for their winning design then I’m behind it. If it was an adult, well then, ick. Fail.

By far my most favorite is this…

The Russian designs on their uniforms and warm up leisure suits are boss. I really want a Russian logo’d leisure suit. Cuz why not?

Arrogance is in everything I do. It is in my gestures, the harshness of my voice, in the glow of my gaze, in my sinewy, tormented face.

For training opportunities at tosabarbell, call or text Juli at 320-296-9313. e-mail to jep6095@gmail.com At tosabarbell, I build relationships cultivated in a strength and learning environment. There is no 12 week magic pill program to strength but rather a lifetime commitment to be the very best and most useful human you can be. tosabarbell is a private, home grown gym with three lifting platforms; squat rack; prowlers; throwing implements; bars, bumpers and everything else needed for an effective strength and conditioning program. Straightforward barbell programming including the Olympic lifts; sound (read: not fancy bullshit) diet advance for weight gain or loss; and strong coaching will ensure you will meet your goals such as becoming stronger, more explosive, and better conditioned. I have been coaching teams and athletes for over 30 years. I grew up participating in various sports at various levels but was always drawn to those that require strength training. I have multiple local, national, and world records in the sports of Weightlifting and Highland Games Heavy Events as well as a combined total of 5 World Championships. My 5 years of training and coaching under Mark Rippetoe provided a wide range of influence from some of the top strength & conditioning and throwing coaches in the country. I will strongly encourage tosabarbell athletes to compete (and prepare you to do so.) However, tosabarbell is also for those who wish to be stronger and go through life feeling better. Matt WanAt is a retired Professional Strongman who competed frequently with Strongman Champions League in Europe. He played a year of D1 football with Iowa before concentrating on his Chemical Engineering degree in Iowa City. He is a native of Wauwatosa and still remains a staunch supporter of Tosa East. This blog will be a mixture of strength notes, coaching and nutrition tips, personal shit; bacon delicacies, and a whole lot of fun.
View all posts by tosabarbell →
This entry was posted in Uncategorized and tagged 2014 Sochi Olympics, Bobsled, Canada Maple Leaf, Curling, Curling for dummies, Men's Norwegian Curling Team, Speedskating. Bookmark the permalink.