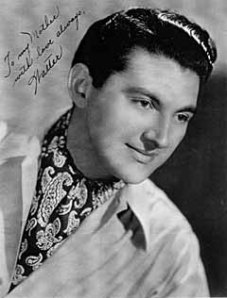 I know I’ve said it before, but I really love the TCM channel. You never know what will pop up on their play list and when I’m up in the middle of the night unable to get back to sleep, I’ve seen some awesome old movies. This week, I was up early Monday morning in Minnesota getting ready for the day and packed up when I turned on the TCM who were playing a Marx Bros movie. I love the Marx Brothers. They are both funny and musical, the best. Their comedic timing and play on words weren’t duplicated until Mel Brooks came along (more on him next week) and no one has touched either talent since. So I plopped down with my coffee and got some morning giggles for a bit.

After my shower I noticed the Marx Bros were done and an old Liberace movie was on. Wow, it’s been a while since I’ve seen anything Liberace. Of course he was very big and showy as I was growing up but I’ve always been amazed by his piano playing. Sure, there have been many others that are better, but none as showy as Liberace. His capes, his jewels, his voice. Yup, there was something about his voice by the 70s that I really liked. It had a mixture of ego and vulnerability. I have no idea what the movie was called, Liberace played a musician and had a certain scene that blew my mind.

While his character was eating dinner, he was asked to play a piece for the other supper club diners. He gave a little lesson in Boogie Woogie where he described the “eight to the bar” style of play in most songs. Then he doubled it. Yup, 16 notes per bar with his magic fingers. AH-MAZING. If you ever come across this, sit down and watch it, you’ll be glad you did.

It was a great start to the day and brought me back to a childhood filled with over the top characters who pulled it off. Well, funny enough, Bigg and I were tooling around yesterday afternoon getting some wedding shit (yes, I call it wedding shit) done when we drove by one of the larger homes on a large house street and said that at one time Liberace lived in it. Huh? Yup, I guess he was born right down the street in West Allis and played all over town until he hit it big. He was a ‘Sconsin boy through and through and even through all of the showmanship, his midwestern and blue collar roots came across to others during his shoes. Cool.

As an interesting side note, after his death, a judge ordered an autopsy to determine if his death was caused by AIDS. Cuz that’s everybody’s business. So yes, the coroner determined that his pneumonia was an AIDS indicator and therefore, he died of AIDS. Hey, did you know Ovarian cancer is an AIDS indicator, so all the women who’ve been treated or died from Ovarian cancer also get to check the AIDS box too which increases AIDS deaths and subsequently will direct more government funds their way. So, ya, cool. These people got to determine what will be written about his death on his Wiki page, job well done judge, I don’t ever know how I could have lived without you putting an asterisk in one of our greatest entertainers biography. Foknutt.

Enjoy the weekend. Liberace, Boogie Woogie. Really, watch it, especially at the 2:30 minute mark. If you’re not blown away,  you hate music.

Thank you for your very amusing review. After reading it, in fact, my brother George and I laughed all the way to the bank.

Liberace, speaking to a critic

For training opportunities at tosabarbell, call or text Juli at 320-296-9313. jep6095@gmail.com tosabarbell is a private, home grown gym with three lifting platforms; squat rack; prowlers; throwing implements; bars, bumpers and everything else needed for an effective strength and conditioning program. Straightforward barbell programming including the Olympic lifts; sound (read: not fancy bullshit) diet advance for weight gain or loss; and strong coaching will ensure you will meet your goals such as becoming stronger, more explosive, and better conditioned. Juli has been coaching teams and athletes for over 20 years. She grew up participating in various sports at various levels but was always drawn to those that require strength training. She is a 2-time Master's Amercian Weightlifting Champion and holds six Master's American records. She is a Master's Weightlifting National Champion and holds three National records. She is a Master's Weightlifting World Championships Silver Medalist in 2016. Juli is also a Masters Highland Games World Champion and holds three World Records in the Braemar Stone; Heavy Weight for Distance, and Light Weight for Distance in the 45-49 class. Her 5 years of training and coaching under Mark Rippetoe has honed her coaching skills to be a top choice for you to reach your strength and conditioning goals. Juli will strongly encourage tosabarbell athletes to compete (and prepare you to do so.) However; tosabarbell is also for those who just wish to be stronger and go through life feeling better. Matt WanAt is a retired Professional Strongman who competed frequently with Strongman Champions League in Europe. He played a year of D1 football with Iowa before concentrating on his Chemical Engineering degree in Iowa City. He is a native of Wauwatosa and still remains a staunch supporter of Tosa East. This blog will be a mixture of strength notes, coaching and nutrition tips, personal shit; bacon delicacies, and a whole lot of fun.
View all posts by tosabarbell →
This entry was posted in Uncategorized and tagged Friday Jams, Liberace, Milwaukee Famous, Pabst Theater, tosabarbell. Bookmark the permalink.