Posted on February 5, 2015 by tosabarbell 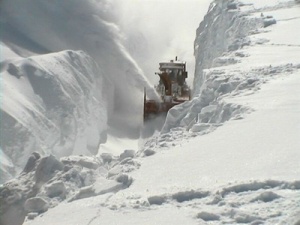 It seems there is no end in sight for folks posting their training video’s and as I’ve always said, ‘you post it,  you own it.’ Now, training video’s can be very cool. Most of us have already seen Hafthor’s historic log walk from last weekend’s World Strongest Viking, Strongman Champion League’s season kick-off. But in the event that you live under a rock, here ya go…

That, my friends, is a special snowflake.

Us? Meh, not so much. But our PR’s are ours to own and if they make us happy, then by all means post it. The lift may be ugly, it’s a PR after all. We may get excited enough to be a douche to our bar after but hopefully we grow out of that silliness. But PR’s are worth celebrating if you’ve been working hard for it (no, a 30# PR for someone training for a few weeks or even a couple months is not a PR. It’s progress. JHMFC, how is that not recognized by your coach?)

If your PR is a 100kg power clean and it makes you happy, then by all means post it. If your PR is 130kg clean and jerk, by all means, celebrate. But what gets lost in the “the world is all about me and look how strong I am” youtube’s, is that actually…your PR isn’t really all that strong. I get it, it’s STRONGEST for you. But when you start looking around the rest of the strength world, especially competition numbers, you get a little splash of reality right in the face.

Oh well. Such is life. This week I hit a PR strict (I say strict because people don’t understand the term “press.” Many believe that a knee bounce is not a push press if it’s just a slight dip. If you do, you’re wrong) press of 60kg. This has been a goal for a year and a half. Why so long? Well, because the training window is short. To press big, you need to press and there is only a 6-8 week training period I have in a year to hit that. Once I get out of volume training, I’m off to throwing drills and practice and no longer have the time to work on a heavy press without under recovering. But I need to be far enough out of my volume training to have recovered from it, it’s tricky for this ‘ol gal. In fact the last time I tried it, it was almost a year ago from the day.

But this time I got it and got it well. A minor sticking point when I started up and the rest was ‘no worries.’ It was a good PR for me (no, I didn’t get video.) It was probably one of the most satisfying PR’s for me in my training life. Why? Because I love the press. It’s rarely done anymore. Oh sure, the push press’ are all over the place. There’s the Strongman press which is almost like a standing bench press and those numbers are fun too. But they don’t lock out and I tell ya what, that last inch and a half of lockout could be all the difference between success and failure. (I get it, putting 300# or more overhead without a push off the floor is a feat of strength. I agree. Now lock it out. I’m just sayin’.)

For some reason, a throwing friend took the time to throw a little shade on my PR and hint around that a 135# press would look cooler than a 60kg press. Whatever. People need to nitpik I guess. But when you no longer see me posting on my log, you can figure out why. Fuck it. This is exactly why I’ve never kept an on-line training log in the first place which I explained when I started it. 40kg plus a 45# bar comes out to roughly 133 pounds (for those who train in pounds.) I guess my two pound less than 135# lift wasn’t as cool looking because it didn’t have an iron plate on each side?? I’ve also seen this person nitpik his wife into tears at Games so I shouldn’t be surprised. Whatev.

But even with that, I’m not a special snowflake. Nor do I need to be. Look, lift. Just train and lift. PR’s will come and please celebrate them. But know this, there are very few special snowflakes in the world and you’re probably not one of them. Be okay with that. If you have some natural talent and your DNA allows you to build more strength than the next guy, then find a good coach and exploit that shit. Because you may actually become a special snowflake.

If your ego starts out, “I am big. I am special” you’re in for some disappointments when you look around at what we’ve discovered about the universe. No, you’re not big. No, you’re not. You’re small in time and space. And you have this frail vessel called the human body that’s limited on Earth.

For training opportunities at tosabarbell, call or text Juli at 320-296-9313. jep6095@gmail.com tosabarbell is a private, home grown gym with three lifting platforms; squat rack; prowlers; throwing implements; bars, bumpers and everything else needed for an effective strength and conditioning program. Straightforward barbell programming including the Olympic lifts; sound (read: not fancy bullshit) diet advance for weight gain or loss; and strong coaching will ensure you will meet your goals such as becoming stronger, more explosive, and better conditioned. Juli has been coaching teams and athletes for over 20 years. She grew up participating in various sports at various levels but was always drawn to those that require strength training. She is a 2-time Master's Amercian Weightlifting Champion and holds six Master's American records. She is a Master's Weightlifting National Champion and holds three National records. She is a Master's Weightlifting World Championships Silver Medalist in 2016. Juli is also a Masters Highland Games World Champion and holds three World Records in the Braemar Stone; Heavy Weight for Distance, and Light Weight for Distance in the 45-49 class. Her 5 years of training and coaching under Mark Rippetoe has honed her coaching skills to be a top choice for you to reach your strength and conditioning goals. Juli will strongly encourage tosabarbell athletes to compete (and prepare you to do so.) However; tosabarbell is also for those who just wish to be stronger and go through life feeling better. Matt WanAt is a retired Professional Strongman who competed frequently with Strongman Champions League in Europe. He played a year of D1 football with Iowa before concentrating on his Chemical Engineering degree in Iowa City. He is a native of Wauwatosa and still remains a staunch supporter of Tosa East. This blog will be a mixture of strength notes, coaching and nutrition tips, personal shit; bacon delicacies, and a whole lot of fun.
View all posts by tosabarbell →
This entry was posted in Uncategorized and tagged Halfthor, SCL, Special Snowflake, World's Strongest Viking. Bookmark the permalink.