Posted on October 8, 2015 by tosabarbell

I really enjoy Instagram. The pictures can be stunning and drop ship you right into the realities around the world that are beautiful, tragic, fun, silly, and very cool. Although the hashtags tend to get a bit out of control, it’s far better off than the FB folks thinking they’re going to solve serious social and constitutional issues by sharing a motherfucking meme.

Anyways. During last night’s Cubbie play-off game, Matt and I started looking around Instagram at the “Bio’s” folks put on their accounts (what are we gonna do, watch the whole game? Uh uh, the most exciting part was when there was a bench clearing…puffing of the chests at each other and some Fabio looking dude losing his shit on a Gatorade cooler. But it’s the Cubbies who maybe get to go the Playoffs; kinda like a Halley’s Comet sighting.) 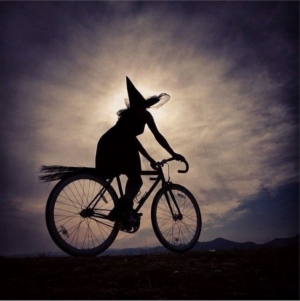 The fun thing we noticed is that the more amazing and world class the person, the less they said in their Bio. Which really, for me, reflects the ebb and flow of the elite. They talk less, excel more. If you have to let everyone know on a social media Bio how awesome you are, ummmmm, you’re not that awesome.

Unless you really are. Here are some of our favorites:

Nathan Parker: I throw heavy things in a kilt, my wife is hot, and my kids are awesome. (Very Nathan, understated in regards to himself, spot on in regards to the wife, dunno about the kids but I’ll trust him.)

Danica Patrick: Driver of the #10 GoDaddy Chevy. (Less is more)

Anthony Pettis: Father/Prize Fighter (I know one of his neighbors. When he moved in and the cars and boats started showing up, her husband thought a drug dealer was moving in next door. Then Mr. Pettis came over with his daughter to introduce themselves and said he was the absolute nicest man he’s ever met and HOLY SHIT WE LIVE NEXT TO ANTHONY PETTIS! True story.)

Arnold: Former Mr. Olympia, Conan, Terminator, and Governor of California. I killed the Predator. I told you I’d be back. (It seems as if he likes to have fun with his shit. I like that.)

Andy Vincent: Just trying to be better than I was yesterday. (Humble. Very humble.)

Adrian Wilson: #teamplayagain intothedistance.weebly.com (Includes an adorbs picture of she and her husband and the link to a documentary she is featured in.)

And the winner of the Instagram Bio’s go to…

Roger Federer: I’m a professional tennis player (Ya, no shit, the best that’s ever played. Geez.) 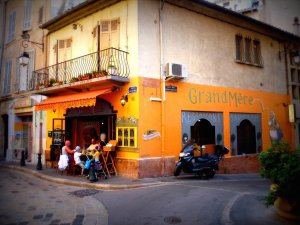 OH! I imagine I should share mine, especially after some fun awards I’ve won this year that I want to let everyone know about:

Jules: Ma, Wife, Strength Coach (What it has been since day one. Well, up until a year and a half ago it said ‘girlfriend’ instead of wife but other then that, ya. These are the roles and accomplishments that speak most to who I am.)

Conceit is bragging about yourself. Confidence means you believe you can get the job done.

For training opportunities at tosabarbell, call or text Juli at 320-296-9313. jep6095@gmail.com tosabarbell is a private, home grown gym with three lifting platforms; squat rack; prowlers; throwing implements; bars, bumpers and everything else needed for an effective strength and conditioning program. Straightforward barbell programming including the Olympic lifts; sound (read: not fancy bullshit) diet advance for weight gain or loss; and strong coaching will ensure you will meet your goals such as becoming stronger, more explosive, and better conditioned. Juli has been coaching teams and athletes for over 20 years. She grew up participating in various sports at various levels but was always drawn to those that require strength training. She is a 2-time Master's Amercian Weightlifting Champion and holds six Master's American records. She is a Master's Weightlifting National Champion and holds three National records. She is a Master's Weightlifting World Championships Silver Medalist in 2016. Juli is also a Masters Highland Games World Champion and holds three World Records in the Braemar Stone; Heavy Weight for Distance, and Light Weight for Distance in the 45-49 class. Her 5 years of training and coaching under Mark Rippetoe has honed her coaching skills to be a top choice for you to reach your strength and conditioning goals. Juli will strongly encourage tosabarbell athletes to compete (and prepare you to do so.) However; tosabarbell is also for those who just wish to be stronger and go through life feeling better. Matt WanAt is a retired Professional Strongman who competed frequently with Strongman Champions League in Europe. He played a year of D1 football with Iowa before concentrating on his Chemical Engineering degree in Iowa City. He is a native of Wauwatosa and still remains a staunch supporter of Tosa East. This blog will be a mixture of strength notes, coaching and nutrition tips, personal shit; bacon delicacies, and a whole lot of fun.
View all posts by tosabarbell →
This entry was posted in Uncategorized and tagged anthony pettis, Arnold, bragging, Highland Games, instagram. Bookmark the permalink.