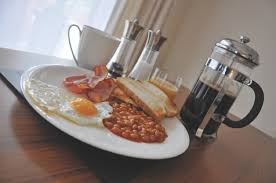 I’ve paid close attention and received some help on how to approach food on Games day. Lot’s of protein with some carbs each day going into the weekend and a bigger meal on Friday night. I’ve been doing okay in past games but it’s a battle.

First of all, I have to force myself to eat on Games day (nerves:) and I didn’t do a good job of that this past weekend. The nice thing aboot being on the road for these events is that I rely on the hotel breakfast to fuel me and do a pretty good job of it. Eggs, fruit, oatmeal, some espresso and a little water and I’m good to go.

For some reason on Saturday, the later start time and maybe just being at home threw me off a bit. I usually wake up with a sense of urgency that keeps me focused but having over three hours until go time kept me more relaxed. That’s not always a good thing. I had some protein and some pasta salad from the night before but I didn’t eat enough of either and by the time we were scheduled to start I was hungy. Not good. We also were going to pack some sandwiches and bring more of the delicious pasta salad Clay’s wife, Jenn, made for us but forgot. So the only thing I had in my bag was a crappy protein bar.

We waited a little longer than usual so that the crew could get the field set up and I noticed that when warming up for the Braemar, my tummy was already growling. Crap. One of the crew members was kind enough to make a huge pan of cornbread and supplied honey butter which was awesome to have on hand but I needed to watch to make sure I didn’t eat too much and have a carb crash when I was walking up to the trig. And so went my day, more corn bread; a coke; a taste of my McBob’s haggis sausage and egg roll and I was completely dragging by the end of the day.

Which brought us to the weight over bar event where I really wanted 14′ again and I had nothing in the tank. I won’t say that is the only reason I missed 14 but it contributed enough to make sure it never happens again. I quickly ran off the field to get to a sword tent with the Oz man before they closed up so he could get a “musketeer” sword he’d been eyeing all day; came back to our tent and all but passed out in my chair. This was the most exhausted I’d been in any games and though our large group meant lots of standing around all day, I’m blaming my crappy food plan. Lesson learned.

No matter how much I don’t want to eat more breakfast, I will. I will make sure I have snacks of some carbs but ensure there is protein in there too. I’ll pack a lunch. I don’t like rushing off, waiting in line, and then having 10 minutes to scarf down food I don’t want to eat in the first place. If I don’t have an opportunity to pack a lunch, I’ll get whatever is closest and eat it. As much as I can anyway. I’ll bring a couple of cookies which was a huge helper in Minnesota and Springfield (and I’m going to take advantage of being able to eat a cookie.) Yeah cookies! And I’ll make sure I still have gas in the tank at the end of the day.

Vegetarians are cool. All I eat are vegetarians-except for the occasional mountain lion steak.

For training opportunities at tosabarbell, call or text Juli at 320-296-9313. e-mail to jep6095@gmail.com At tosabarbell, I build relationships cultivated in a strength and learning environment. There is no 12 week magic pill program to strength but rather a lifetime commitment to be the very best and most useful human you can be. tosabarbell is a private, home grown gym with three lifting platforms; squat rack; prowlers; throwing implements; bars, bumpers and everything else needed for an effective strength and conditioning program. Straightforward barbell programming including the Olympic lifts; sound (read: not fancy bullshit) diet advance for weight gain or loss; and strong coaching will ensure you will meet your goals such as becoming stronger, more explosive, and better conditioned. I have been coaching teams and athletes for over 30 years. I grew up participating in various sports at various levels but was always drawn to those that require strength training. I have multiple local, national, and world records in the sports of Weightlifting and Highland Games Heavy Events as well as a combined total of 5 World Championships. My 5 years of training and coaching under Mark Rippetoe provided a wide range of influence from some of the top strength & conditioning and throwing coaches in the country. I will strongly encourage tosabarbell athletes to compete (and prepare you to do so.) However, tosabarbell is also for those who wish to be stronger and go through life feeling better. Matt WanAt is a retired Professional Strongman who competed frequently with Strongman Champions League in Europe. He played a year of D1 football with Iowa before concentrating on his Chemical Engineering degree in Iowa City. He is a native of Wauwatosa and still remains a staunch supporter of Tosa East. This blog will be a mixture of strength notes, coaching and nutrition tips, personal shit; bacon delicacies, and a whole lot of fun.
View all posts by tosabarbell →
This entry was posted in Uncategorized and tagged Carbs, Game day food, Highland Games, protein, strength training, Ted Nugent, Vegetarians. Bookmark the permalink.