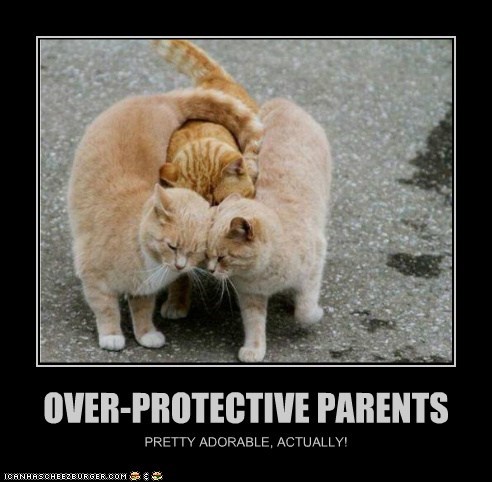 I vividly remember the first time I handed off the toddler Oz man to the church nursery worker when he was old enough to know Ma wouldn’t be there.  I had his hand in mine and as we started walking in the door, he stopped, took his hand out of mine, waved and took off at full sprint. What, wait! As much as I didn’t want any tears, maybe a pensive look back or something to let me know he’s just a little bit concerned I’m no longer there? Nope. Nada. Oz pretty much declared that day that he’s an independent man of two and Ma needs to back off.

Well all right then.  The same process was repeated any time I dropped him off whether it be at Grandma’s, pre-school, Kindergarten, baseball, etc. In fact, the looks he would give crying kids at pre-school was so very WTF! that I still kick myself I didn’t get a picture. On the days where I dropped him off at school, it was declared that I was not allowed to sit there and watch him walk into the school. I’m fine Ma, just go. That one wasn’t tough, I still don’t understand the parents who back up the drop off line waiting to see make sure their precious cargo can handle the walk from the car to the door with at least three teachers helping the process. Really, how stupid are your kids that they can’t trek the 50 feet to the door without you watching?

All three of my kids have enjoyed early independence, single parenting does that sometimes. Or maybe just the fact that I still remember the greatest summers of my life (up until the last two years) when I left the house or cabin shortly after breakfast, popped in at lunchtime if someone else’s Ma didn’t feed me and come back for dinner before heading back out for our nightly neighborhood Kick The Can games. Can you even imagine kids playing Kick the Can now? Having giggling kids I don’t even know hiding in our bushes and running around the neighborhood screaming? Cops being called in 3…2…1…Cops answering with guns drawn in 2…1… I’m sad my kids don’t get that fun.

I thought of this after reading a point on article on the fact that really, Miley Cyrus isn’t ruining the childhoods of our little ones, we are. Well, you over protective parents are actually. The fear of modern day mommies baffles me. The If I don’t give in to every whim, my child will feel unloved and I won’t EVER EVER EVER let that happen to MY baby. Uhhhh, ok Mommy but  your baby is 30 and still living in your basement without a job or a car and you still drive them to the mall unless they just take YOUR car and return it on E. You know how old I was the last time I returned my dad’s car on E? 16, he took “my” key and said ‘you’re done until you understand that my getting to work in the morning takes precedent over you getting over to Sheila’s. Don’t ever leave my car empty again.’ I rode my bike for the next week and learned a valuable lesson that the gas tank better read what it did when I jumped into the car.

My bike was my window to the world from the time I was around 7 or 8. We would ride up to Rog’n’Jims for Bub’s Daddy watermelon gum which was actually pretty dangerous because we had to bypass the killer security dogs at the gas station next door AND the mean Pohl brothers who would throw rocks at us if they were outside when we whizzed by. But we made it.  And so will your little one. Just give them a chance to figure shit out. If you don’t, they’ll be gifted with fear and low expectations that will decrease their chance of being ‘the best they can be.’

My favorite point of the article is to not open stuff for little kids. Help them figure it out? Yes. But do it for them? No. It’s subtle, but important. Good lord, make them figure shit out. They make a mess? They clean it up and if a dinner table looks like a tornado hit it after your school age children eat? Teach them some manners for gawd’s sake.

I still try to jack up Oz now and then, asking if he wants me to walk him to the ball field on his first football game; screaming out the window “Make good choices!!” really ANY time friends of his are within ear shot; ya know, perks of parenting that drive them nuts. But the dude declared his independence over 11 years ago and I respect that. My 20 year old’s are working their hind ends off trying to be independent young adults and I couldn’t be more proud of both of them. I know that when they DO ask for help, they’ve exhausted all options to do it on their own. I’m a proud Ma. Imperfect whose made so many mistakes, but proud.

Always obey your parents-when they are present.

For training opportunities at tosabarbell, call or text Juli at 320-296-9313. e-mail to jep6095@gmail.com At tosabarbell, I build relationships cultivated in a strength and learning environment. There is no 12 week magic pill program to strength but rather a lifetime commitment to be the very best and most useful human you can be. tosabarbell is a private, home grown gym with three lifting platforms; squat rack; prowlers; throwing implements; bars, bumpers and everything else needed for an effective strength and conditioning program. Straightforward barbell programming including the Olympic lifts; sound (read: not fancy bullshit) diet advance for weight gain or loss; and strong coaching will ensure you will meet your goals such as becoming stronger, more explosive, and better conditioned. I have been coaching teams and athletes for over 30 years. I grew up participating in various sports at various levels but was always drawn to those that require strength training. I have multiple local, national, and world records in the sports of Weightlifting and Highland Games Heavy Events as well as a combined total of 5 World Championships. My 5 years of training and coaching under Mark Rippetoe provided a wide range of influence from some of the top strength & conditioning and throwing coaches in the country. I will strongly encourage tosabarbell athletes to compete (and prepare you to do so.) However, tosabarbell is also for those who wish to be stronger and go through life feeling better. Matt WanAt is a retired Professional Strongman who competed frequently with Strongman Champions League in Europe. He played a year of D1 football with Iowa before concentrating on his Chemical Engineering degree in Iowa City. He is a native of Wauwatosa and still remains a staunch supporter of Tosa East. This blog will be a mixture of strength notes, coaching and nutrition tips, personal shit; bacon delicacies, and a whole lot of fun.
View all posts by tosabarbell →
This entry was posted in Uncategorized and tagged Mother Cusser, Over protective, Parenting, tosabarbell. Bookmark the permalink.