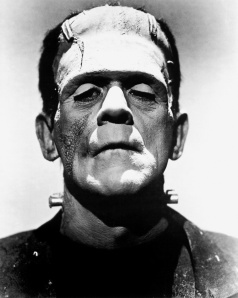 Inevitably, when folks hear that I am a strength coach, they dive into the “ya, I should work out more, I was really athletic in High School.” High School? Anyone who played sports was athletic in high school, it was high school. Sure, there were some physical idiots trying to play soccer but who cares? 99% of us all ended up in the same place, NOT in professional sports. I’ll respond in different ways depending on my mood. Usually it’s just a polite smile (dude, you asked what I did for a living and I told you. I’m not judging you, I just answered a question.) If a dude is being particularly smarmy (what’chu gonna teach ME little lady) I may give my, That’s okay-strong isn’t for everybody reply and walk away. A little nicer version of that is Oh we don’t work out, we train and watch their confused expression and polite smile.

But the ‘ol High School retort isn’t NEARLY as bad as the, “Oh my gods can you help me get my arms to look like Michelle Obama’s? I just love her arms” or “All I want to do is fix my (fill in the blank here.)” And when I look them in the eye and tell them (usually girls, come on-you know it’s true) that it doesn’t really work that way they gloss over and I know I’ve just lost a potential paycheck.

But it doesn’t. Know that now. We use our bodies as a complete system. Duh. Tell me when in your life (barring catastrophic injury affecting limbs below the knee)  you have sat down and ONLY used your quads as the leg curl machine would have you believe? When? When! Doesn’t happen. When you get up out of the chair (or gods forbid a low couch) you really don’t honestly believe that it’s your massive quads (no, they’re not massive. It’s just that the rest of you is puny) getting you out of said chair. Cuz you start with your feet on the ground, yes? You push a little to get some momentum, get your calfs; knees; hammies, and abs involved a bit? Maybe use your back and arms to propel you out? One system, working together. So all of those machines your WAC trainer has you talked into to “Fix those imbalances” are actually a load of crap. The trainers just don’t know what to do with barbells so they rely on machines to keep you entertained instead of knowledge. True story.

I have had two “trainers” in my lifetime. Both have told me my left side is weaker than my right and so we’re going to do a whole hour of left sided “strength” movements to fix that. My response? No we’re not. That’s stoopid. What do I care if I can Kroc row 50 pounds on my left side and 60# on my right? I guess if I had a stroke someday that took out my right side but really, a 50# Kroc row on the left is just fine and guess how I’ll rehab? BY WORKING MY BODY AS A WHOLE! Double duh.

We are not a bunch of modern day Frankenstein bolted together piece by piece where we get to pick and choose what each body part is going to look like. Well, we could I guess, but then we’d look like this… 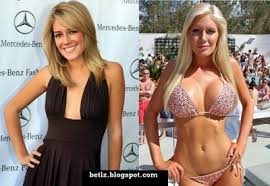 But more than likely, you’re going to have to accept that you own a body part that is less pleasing than you’d like and just enjoy being stronger. Cuz you will. Waking up and walking around standing straighter with a little attitude cuz you just PR’d your squat or snatch or deadlift and understanding you may have to do that without Michelle Obama’s arms (by the way, she doesn’t train. She just got those arms. And they come with one of the coldest personalities on the planet. No thank you.)

But okay, prove me wrong. Prove your WAC trainer knows more than me. Sit down right now and get up just using one muscle. In fact, use the one that you’ve been paying hundreds of dollars a month to get stronger. But just one. Go ahead, I’ll get another cup of coffee. Waiting….how’s it working for ya…I’m back. You still on your chair? Uh huh, thought so. Get training. OH and by the way, it’s not too late. 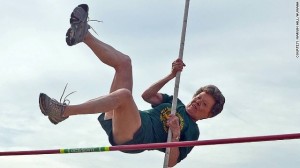 Think you can pole vault (among other T&F events) going into your 80’s with isolation training? Heh.

I do not wish women to have power over men; but over themselves.

For training opportunities at tosabarbell, call or text Juli at 320-296-9313. jep6095@gmail.com tosabarbell is a private, home grown gym with three lifting platforms; squat rack; prowlers; throwing implements; bars, bumpers and everything else needed for an effective strength and conditioning program. Straightforward barbell programming including the Olympic lifts; sound (read: not fancy bullshit) diet advance for weight gain or loss; and strong coaching will ensure you will meet your goals such as becoming stronger, more explosive, and better conditioned. Juli has been coaching teams and athletes for over 20 years. She grew up participating in various sports at various levels but was always drawn to those that require strength training. She is a 2-time Master's Amercian Weightlifting Champion and holds six Master's American records. She is a Master's Weightlifting National Champion and holds three National records. She is a Master's Weightlifting World Championships Silver Medalist in 2016. Juli is also a Masters Highland Games World Champion and holds three World Records in the Braemar Stone; Heavy Weight for Distance, and Light Weight for Distance in the 45-49 class. Her 5 years of training and coaching under Mark Rippetoe has honed her coaching skills to be a top choice for you to reach your strength and conditioning goals. Juli will strongly encourage tosabarbell athletes to compete (and prepare you to do so.) However; tosabarbell is also for those who just wish to be stronger and go through life feeling better. Matt WanAt is a retired Professional Strongman who competed frequently with Strongman Champions League in Europe. He played a year of D1 football with Iowa before concentrating on his Chemical Engineering degree in Iowa City. He is a native of Wauwatosa and still remains a staunch supporter of Tosa East. This blog will be a mixture of strength notes, coaching and nutrition tips, personal shit; bacon delicacies, and a whole lot of fun.
View all posts by tosabarbell →
This entry was posted in Uncategorized and tagged Bolt Ons, Frankenstein, Mary Shelley, Plastic Surgery instead of training, tosabarbell, Training. Bookmark the permalink.