I’ve received my share of private messages and e-mails from friends and family asking how to drop weight. I ask what they’re eating and inevitably, I’ll get the sales pitch that they actually eat pretty good. Sure there’s the occasional cupcake here and there but they certainly don’t eat this…

…or absolutely not this! 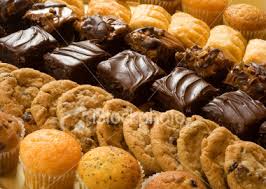 Ok, first off, remember that time I asked what you ARE eating? I don’t care about what you say you aren’t (even though I know you’re lying.) After telling them to eat normal for a week and log their food, they come back with a list of about 800 calories a day full of veggies, fruit, and salad and a perplexed look on their face as to why they dropped weight this week even though this is how they always eat. When I remind them to eat NORMALLY, ya know, how you usually eat without lying to me their face floods with relief that they don’t have to starve themselves another week.

The second week looks a little more normal (but I know you guys still aren’t telling me about the sweets) and is the most telling. You ARE eating too many carbs (oatmeal, an english muffin, and a banana is a useless breakfast. Stop that.) Your “breakfast” smoothie full of fruit and spinach (yuck) doesn’t sustain you until 3pm? I’m stunned.

If you want to tell me what you AREN’T eating, start with enough protein. Duh. Calories/Carbs/Sugar are sneaky little f*ckers. Pay attention. If you find yourself getting (or staying) fluffier than you should be, track it. Pay attention to what’s going in, not the stuff you’re consciously passing on.

Texas will again lift it’s head and stand among the nations. It ought to do so, for no country upon the globe can compare with it in natural advantages.

For training opportunities at tosabarbell, call or text Juli at 320-296-9313. e-mail to jep6095@gmail.com At tosabarbell, I build relationships cultivated in a strength and learning environment. There is no 12 week magic pill program to strength but rather a lifetime commitment to be the very best and most useful human you can be. tosabarbell is a private, home grown gym with three lifting platforms; squat rack; prowlers; throwing implements; bars, bumpers and everything else needed for an effective strength and conditioning program. Straightforward barbell programming including the Olympic lifts; sound (read: not fancy bullshit) diet advance for weight gain or loss; and strong coaching will ensure you will meet your goals such as becoming stronger, more explosive, and better conditioned. I have been coaching teams and athletes for over 30 years. I grew up participating in various sports at various levels but was always drawn to those that require strength training. I have multiple local, national, and world records in the sports of Weightlifting and Highland Games Heavy Events as well as a combined total of 5 World Championships. My 5 years of training and coaching under Mark Rippetoe provided a wide range of influence from some of the top strength & conditioning and throwing coaches in the country. I will strongly encourage tosabarbell athletes to compete (and prepare you to do so.) However, tosabarbell is also for those who wish to be stronger and go through life feeling better. Matt WanAt is a retired Professional Strongman who competed frequently with Strongman Champions League in Europe. He played a year of D1 football with Iowa before concentrating on his Chemical Engineering degree in Iowa City. He is a native of Wauwatosa and still remains a staunch supporter of Tosa East. This blog will be a mixture of strength notes, coaching and nutrition tips, personal shit; bacon delicacies, and a whole lot of fun.
View all posts by tosabarbell →
This entry was posted in Uncategorized and tagged barbells, Carbs, strength training, Texas. Bookmark the permalink.