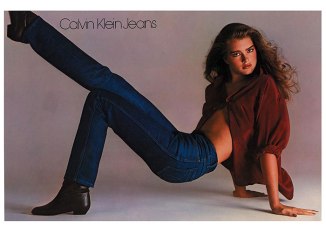 A few weeks ago, I mentioned who I am. A little earlier today, I started thinking about ‘who I’m not.’ (Yes, it’s a late post. I was going to write about this during the weekend but then Air Force One came on. Come on! Han Solo v. Dracula. Srsly.)

So, in order of no importance:

1) Blonde. I spent about 8 years using ‘Sun in’ to try to make my hair blonde. It never worked. I was a swimmer, so during summer season my hair would turn a silverish green when swimming outdoors, that’s as close to it as I came. I dunno why being blonde seemed cool, those Sun In girls just looked like they were having so much fun. But here I am, brunette as can be.

Look, tall or short, there are people who are long. That’s all I wanted to be. Long and lithe. Think Misty Copeland, 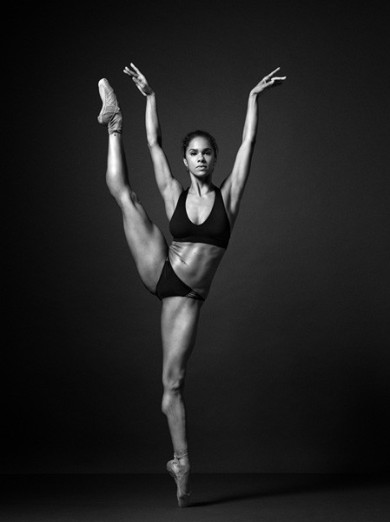 who will always be long no matter how short she is. But no. Not me. I’ll always be short; a bit stocky; and the polar opposite of lithe (I don’t know what that word is, let me know if you think of it.)

…and this, friends, is probably the most challenging of all. I am not young. Oh sure, I mostly live in denial with my training and the way I walk through life but there are a few realities that I deal with.

A) I’m 49 and at 49 I am limited in how I can compete with those 20 years younger than me. I know I can make up some ground with hard work; an ability to catch on to things, and being coachable with advice from those who know what they’re talking about and are kind enough to share with me.

B) I’m fighting time. That’s what this year and (if I’m lucky enough) next year is about. Competing at a high level into my 50’s. Quite honestly? I don’t know if I can. Even with being sick this past spring, I am blessed with good health and good strength. Can I keep that up? I don’t know. I’ll try. That’s all I can do. Try.

But it’s a bit daunting. Because at some point, I will become a true Master’s athlete. Still competing but not able to keep up at the pace I want to. I’m not taking anything away from Master’s athlete’s. Really, in some sports that clarification begins at 30. 30. Srsly. If I were 30 I’d have 20 years of kicking ass ahead of me and all the time in the world.

I’m just me. Short; chubby; old; stubborn; unreasonable at times; unable to deal with others stupidity most of the time, and not able to eat all the pizza I want to.

Will it stop be from wanting to be more? Nope.

Come on, you’ve met me. Right?

What is success? I think it is a mixture of having a flair for the thing you are doing; knowing it is not enough; that you have got to have hard work and a certain sense of purpose.

For training opportunities at tosabarbell, call or text Juli at 320-296-9313. e-mail to jep6095@gmail.com At tosabarbell, I build relationships cultivated in a strength and learning environment. There is no 12 week magic pill program to strength but rather a lifetime commitment to be the very best and most useful human you can be. tosabarbell is a private, home grown gym with three lifting platforms; squat rack; prowlers; throwing implements; bars, bumpers and everything else needed for an effective strength and conditioning program. Straightforward barbell programming including the Olympic lifts; sound (read: not fancy bullshit) diet advance for weight gain or loss; and strong coaching will ensure you will meet your goals such as becoming stronger, more explosive, and better conditioned. I have been coaching teams and athletes for over 30 years. I grew up participating in various sports at various levels but was always drawn to those that require strength training. I have multiple local, national, and world records in the sports of Weightlifting and Highland Games Heavy Events as well as a combined total of 5 World Championships. My 5 years of training and coaching under Mark Rippetoe provided a wide range of influence from some of the top strength & conditioning and throwing coaches in the country. I will strongly encourage tosabarbell athletes to compete (and prepare you to do so.) However, tosabarbell is also for those who wish to be stronger and go through life feeling better. Matt WanAt is a retired Professional Strongman who competed frequently with Strongman Champions League in Europe. He played a year of D1 football with Iowa before concentrating on his Chemical Engineering degree in Iowa City. He is a native of Wauwatosa and still remains a staunch supporter of Tosa East. This blog will be a mixture of strength notes, coaching and nutrition tips, personal shit; bacon delicacies, and a whole lot of fun.
View all posts by tosabarbell →
This entry was posted in Uncategorized and tagged Growing Old, I need never grow old, Masters athletes, short people problems, tosabarbell. Bookmark the permalink.

1 Response to Things I’m Not…