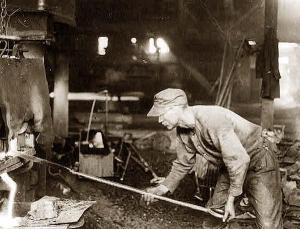 The other day, one of my clients asked me how my training was going and if there was anything specific I was training for these days. I actually had to give this some thought and after a minute I finally said, ‘my training is just training right now. Just doin’ work.’

It’s different for me this year. Last year I was dialed in with the Arnold Highland Games looming ahead. I’d watch weather reports much closer hoping I could find a day to go throw out in the snow without freezing in single digits temps. I’d find stones and throw them in a nearby parking lot for practice and when they’d break, I’d go find some more. I’d practice the weight over bar into snow banks and I can remember the slightly panicked feeling I’d have when I couldn’t find the weight. Yes, I knew it was there…somewhere. Butthe first time I had to dig and dig with my hand, I brought a small shovel after that just in case.

This year? This year I eased out of my 10×10’s in December without fanfare as hot yoga has kept me moving much better. I fit my Olympic lifts in once a week when I can as usual but my numbers have taken a dive compared to what I lifted in my early December meet. Totally normal considering the training load I’ve been under for the last two months.

I’ve gone twice out to Winner’s Edge in Pewaukee to drill the throws whereas last year I was doing this in early December on a weekly basis. In all honesty, my training right now is just very ‘meh.’ And I’m okay with that.

This is the time foundations are laid. It’s not sexy, it’s not exciting. It’s just work. Get your reps in. Do your practice. Don’t worry about an immediate payoff. The payoff comes later, much later. Late summer. Early fall. Some people are already throwing (well done Katie and the East team!!!) But not me.

I’m still hoping for a late Christmas miracle in that I get the nod to get my qualifying total and be able to lift at The Arnold. If I do, my weightlifting will become the focus of my training. I don’t know if it will happen or not, I hope so. I’d really love to lift at the Masters PanAmericans. But that’s out of my control right now so I just put in the work.

A little bit boring. A lotta bit ‘meh.’ But that’s okay. I’m not a child who needs constant stimulation or can’t focus on something longer than it takes to throw a bar down after a PR. Adults train. Sometimes for the future. Sometimes for a specific event. Sometimes just to stay as strong as possible for as long as possible. Just do the work. It’ll payoff when you need it. True story.

Faith is taking the first step even when you don’t see the whole staircase.

For training opportunities at tosabarbell, call or text Juli at 320-296-9313. jep6095@gmail.com tosabarbell is a private, home grown gym with three lifting platforms; squat rack; prowlers; throwing implements; bars, bumpers and everything else needed for an effective strength and conditioning program. Straightforward barbell programming including the Olympic lifts; sound (read: not fancy bullshit) diet advance for weight gain or loss; and strong coaching will ensure you will meet your goals such as becoming stronger, more explosive, and better conditioned. Juli has been coaching teams and athletes for over 20 years. She grew up participating in various sports at various levels but was always drawn to those that require strength training. She is a 2-time Master's Amercian Weightlifting Champion and holds six Master's American records. She is a Master's Weightlifting National Champion and holds three National records. She is a Master's Weightlifting World Championships Silver Medalist in 2016. Juli is also a Masters Highland Games World Champion and holds three World Records in the Braemar Stone; Heavy Weight for Distance, and Light Weight for Distance in the 45-49 class. Her 5 years of training and coaching under Mark Rippetoe has honed her coaching skills to be a top choice for you to reach your strength and conditioning goals. Juli will strongly encourage tosabarbell athletes to compete (and prepare you to do so.) However; tosabarbell is also for those who just wish to be stronger and go through life feeling better. Matt WanAt is a retired Professional Strongman who competed frequently with Strongman Champions League in Europe. He played a year of D1 football with Iowa before concentrating on his Chemical Engineering degree in Iowa City. He is a native of Wauwatosa and still remains a staunch supporter of Tosa East. This blog will be a mixture of strength notes, coaching and nutrition tips, personal shit; bacon delicacies, and a whole lot of fun.
View all posts by tosabarbell →
This entry was posted in Uncategorized and tagged Boring but Big, Highland Games, Martin Luther King Jr, NASGA, The Arnold Weightlifting, Training. Bookmark the permalink.